Leeds United were very close to being promoted to the Premier League this past summer but got knocked out by Derby County in the playoff semi-final amidst grave disappointment at Elland Road.

Now, the Whites have made another decent start to the season, with 20 points from 11 games, just a point behind league leaders West Brom.

Marcelo Bielsa’s men look good enough to challenge for a top-two finish (automatic promotion places) and/or at the least finish in the top six and contest the playoffs.

It has been no secret since long time that Leeds would love to have their local boy James Milner back in their squad (h/t Birmingham Mail). The former England international is currently playing for Liverpool and doing a good job, despite being 33.

Here’s why Leeds should sign the multiple Premier League and Champions League winner next summer irrespective of whether they get promoted or not:

Milner would add leadership and experience to the midfield

James Milner started his career at the age of 16 playing for Leeds United. He has now played 17 years of top-flight football with impeccable consistency while keeping immaculate fitness levels.

Despite the current Liverpool team being the fittest of the lot, the 33-year-old does lead the race in terms of the fitness test in training and pre-season sessions. 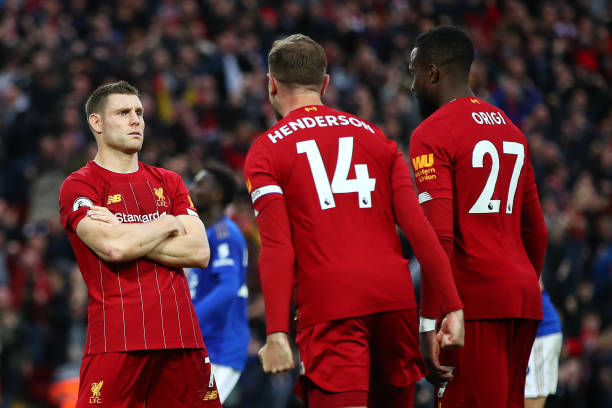 In terms of experience leadership qualities, Milner has those in abundance. His versatility as a player is an added advantage like an icing on the cake.

Leeds, under Bielsa, have been a fantastic team to watch but sometimes they lack that cutting edge in the midfield. They also need someone on the team who can lead them through tough times. And one of their local boys have these attributes in store.

Therefore, we can conclude that Leeds United should really give their all to sign James Milner in the next summer transfer window, regardless of whether they promoted to the Premier League or not.