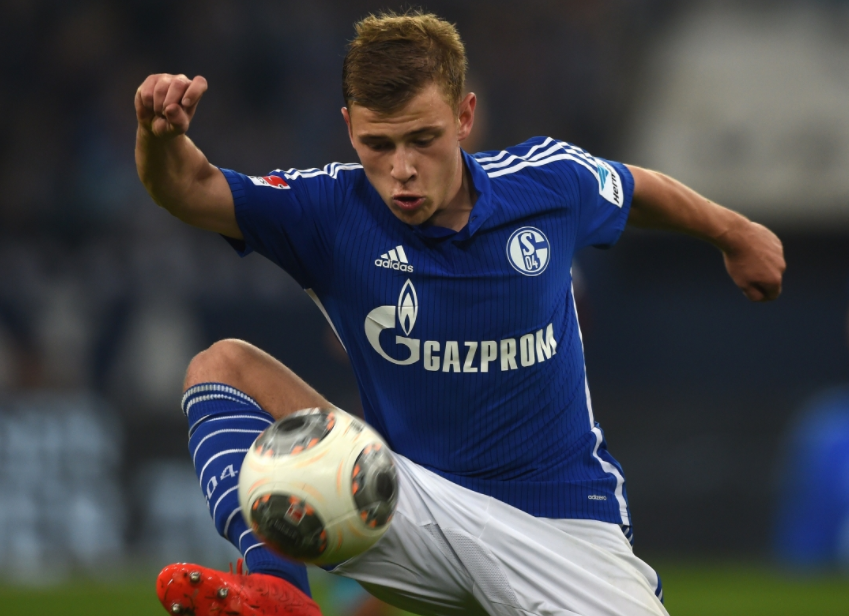 As per a report from The Telegraph, Arsenal are interested in a summer move for Schalke star Max Meyer. With pressure mounting on Arsene Wenger, it has become imperative that he delivers results and to do so, he will need midfield reinforcements in the summer.

The report has claimed that Arsenal are keen on acquiring Meyer’s signature, especially since the contract situations of Jack Wilshere and Aaron Ramsey look far from resolved.

Since Meyer is also out of contract this summer, the Gunners are looking to pull off a sensational swoop and land him for free. Considering his talent and skills, a player like him could prove to be the ideal long-term replacement for Santi Cazorla.

The Arsenal star’s career has been plagued with injuries and it has been a while since any of us have seen him in an Arsenal jersey. Thus, it is clear that boosting the central midfield area should be a priority for the North London outfit and to that end, a move for Meyer makes sense.

Meyer has been a beacon of hope for Schalke through several ups and downs. Having faced adversities quite early on in his career, the player knows what it is like to put up a fight. Arsenal are truly in need of a fighter in the middle of the park.

He might have a small frame but Meyer is extremely energetic and is blessed with lightning-fast feet. In fact, the 22-year-old is a nightmare for opponent defenders due to his ability to capitalise on the tiniest of gaps.

He may have started this season on a slow note but now that he has found his groove, there is no turning back for the talented midfielder. Despite occupying a defensive role lately, Meyer has excelled for the German club.

However, there is no doubt that he is an out-and-out attacking midfielder, who thrives as a playmaker. He is also blessed with exceptional technique and is quite knowledgeable as well, which often translates to effective decision-making on the field.

He is very similar to Cazorla in terms of playing style, which makes him a like-to-like replacement for the diminutive Spaniard. Furthermore, he has been earmarked for a bright future and he could be the ideal long-term solution to Arsenal’s midfield woes.