As per reports, Newcastle winger Matt Ritchie is ready to return to Bournemouth, with Joshua King going the other way.

Ritchie, who joined Newcastle from Bournemouth in 2016, could now return to the Vitality Stadium as Magpies manager Rafael Benitez reportedly wants King. And the Spaniard is ready to use Ritchie as a makeweight in a deal to sign King, who is rated at £20m by the Cherries.

Ritchie had a decent season with Newcastle, scoring three goals and providing five assists in 35 league games. Should the deal happen, the Scot will be accepted with open arms by Bournemouth boss Eddie Howe.

The 28-year-old winger, who was signed by Bournemouth from Swindon Town in January 2013, played a crucial role in helping the club earn promotion to the Championship and then to the Premier League.

He again played a crucial role in Bournemouth’s inaugural top-flight season in the 2015/16 campaign as he guided the club to safety.

Having played at the Vitality Stadium before, Ritchie knows the surroundings very well and would slot seamlessly in Howe’s side. The Scottish star’s extra-ordinary work-rate and ability to produce magic moments would benefit Bournemouth. Ritchie is a very good winger, and with his pace and trickery, he is capable of causing problems to any defence in the league.

However, the winger has also struggled at times in the Premier League. Although Ritchie has a great touch and possesses a good range of passing, he lacks any real power or physical strength.

To be consistently effective in the Premier League, one needs to have both of those attributes. He did create the headlines by scoring the winner against Manchester United this past season but the 28-year-old struggled to really impress at Newcastle. 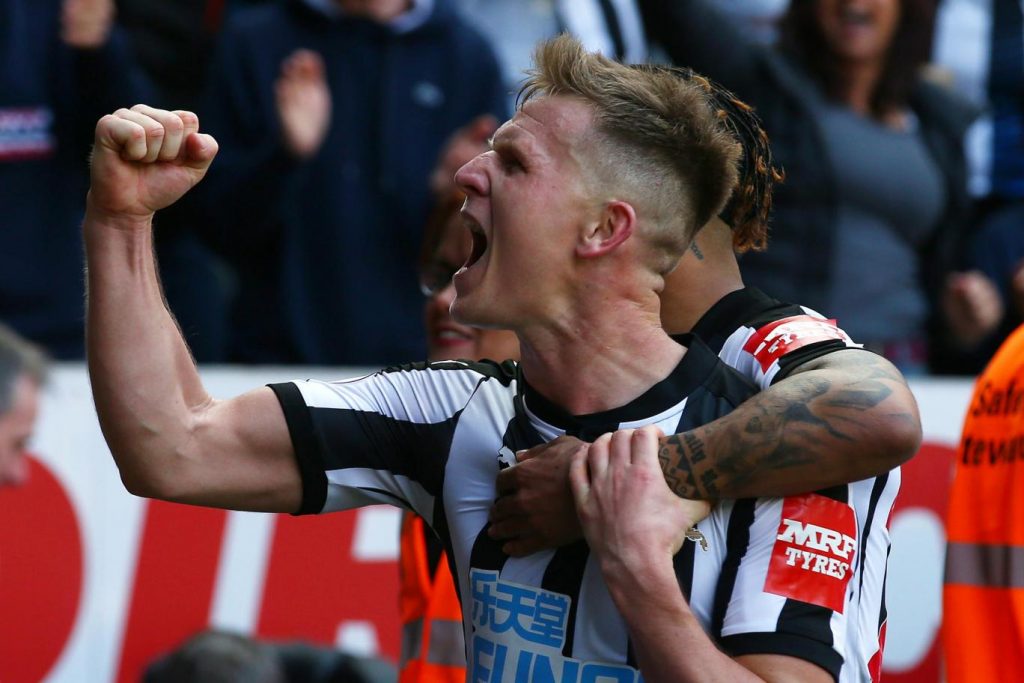 Nevertheless, Ritchie fits Howe’s style of play at Bournemouth. Having played in the Premier League and the Championship, the attacker has also got a wealth of experience. With Jordan Ibe, Ryan Fraser and Junior Stanislas, Bournemouth have crafty wingers but they lack the flair and agility, which Ritchie could provide them next term, should the deal involving King goes through in the summer.

Ritchie’s lack of end product at the highest level is rather concerning and may be frustrating at times but the Cherries must do everything to re-sign the player.

Given King has been a proven goalscorer for the Cherries over the last couple of seasons, it would be a tough pill to swallow for Howe to see him depart to Newcastle. But Howe should be delighted at the prospect of getting Ritchie back in his team.