Celtic have been linked with making a move for Yeovil Town right-back Tom James. Besides the Scottish champions, Swansea City, Aston Villa, Bournemouth and Bristol City are also said to be interested in the Welshman. Should Celtic’s arch-rivals Rangers also look to sign James?

The 22-year-old joined Cardiff at the Under-9 level before signing his first contract with the Welsh outfit in 2014. It wasn’t going very well for the local kid though as his first and only first-team appearance for the Bluebirds came in their 2-1 loss to Chelsea in the Premier League in the 2013/14 campaign; he came on as an 89th-minute substitute for Fraizer Campbell in that game.

When Neil Warnock took charge of Cardiff City in October 2016, there was fresh hope for the player. But on the contrary, instead of getting more chances, James was released, along with Tommy O’Sullivan, David Tutonda and Theo Wharton.

This led to James joining League Two side Yeovil Town in January 2017, with the youngster receiving game time at Huish Park. Last season he played a total of 51 games, scoring one goal. 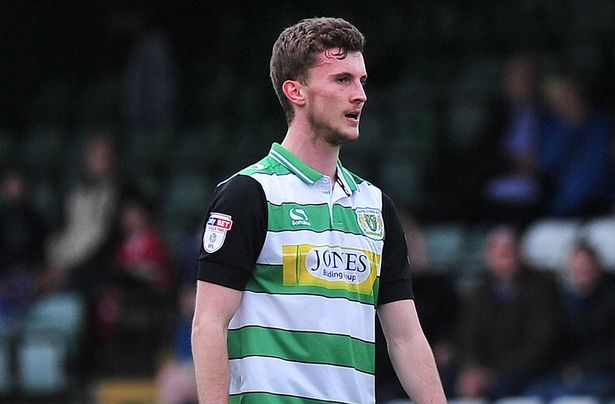 However, he made some mistakes such as the one after which Marcus Rashford scored for Manchester United in the FA Cup in late January. He also scored an own goal against Notts County in April.

But that’s all part of the game. And especially for a young player, mistakes are not uncommon. Excluding those two unfortunate episodes, James has been solid and consistent for Yeovil Town, and Rangers should try and challenge Celtic for his signature.

He’s a versatile player, who can play both as right and left-back, while there have been times when he has even been deployed as a central defender.

Rangers could lose James Tavernier in the summer as the full-back has been linked with a move to Premier League club Crystal Palace. And if  Tavernier does indeed leave Ibrox, it will leave a massive hole in the Light Blues defence.

It’s hard to say whether James is ready to fill Tavernier’s shoes but with him in the squad, the Gers will have increased options for the full-back positions.