As per reports from Football.London, West Ham United could get rid of striker Jordan Hugill in the summer transfer window.

The 25-year-old was bought by the Hammers in a £10million deal from EFL Championship side Preston North End only in January but as per the report, they are open to sending the player out on loan ahead of next season, provided they manage to avoid relegation from the Premier League. David Moyes’ side are currently placed 14th in the table, 6 points above Southampton who are in 18th.

So, should Scottish Premiership side Rangers make a move to sign the 25-year old?

Having risen up from non-league football, Hugill made a name for himself at Preston over the past year and a half. The 25-year-old managed to score 13 goals in the 2016/17 campaign along with 3 assists from 47 appearances and had started out well in the ongoing season as well, netting 10 times in 28 games.

This run of form earned him his big move to West Ham, where he has struggled to establish himself. Since signing on the winter window deadline day, Hugill has appeared only on three occasions for the Hammers, totalling up to 22 minutes of action and is yet to open his goalscoring account. 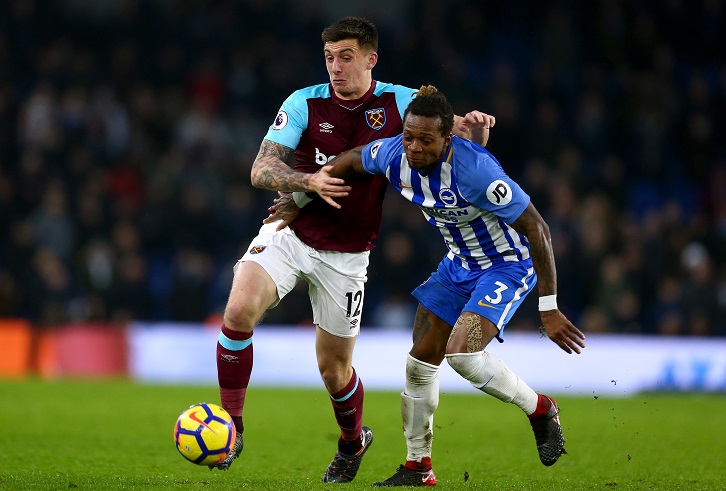 Hugill has never been a prolific goalscorer at any of his previous clubs and his tally of 13 strikes for Preston last season remains his best ever returns in a single season. Strong in the air, his physicality and upper body strength make him a big threat during set-piece situations.

Rangers’ need for a new striker ahead of the next season is quite well-professed. Apart from club’s leading goalscorer Alfredo Morelos, the Gers have very few options to rely upon. Jason Cummings joined the club on loan from Nottingham Forest but has failed to make a mark, while veteran forward Kenny Miller is surely headed out of the club at the end of the season, upon the expiry of his contract.

However, if the Gers expect to mount a strong title challenge and knock their arch-rivals off their perch at the top of Scottish football, they need to look at better options than Hugill. The 25-year-old may have had one decent season at the Championship level but his goalscoring record doesn’t inspire much confidence and surely there are better and proven alternatives for the Light Blues to look at.