Nottingham Forest are currently languishing in 14th place after picking up 7 points in the opening 6 games. Forest have looked impressive under Aitor Karanka this season, playing an expansive style of football.

The Tricky Trees have also been impressive in the League Cup after picking up an enthralling 3-1 win against Newcastle United in the previous round. One man who has played a starring role for the club in those games is centre-back Michael Hefele.

The German made the move to Nottingham Forest in the summer after a mediocre spell with Huddersfield Town. But he has already shown glimpses of excellence in his short time with the club. Hefele picked up the man of the match award in the 3-1 win against Newcastle United and didn’t make a wrong move the whole game.

Hefele was also impressive in the first round against Bury, which saw Forest lose their goalkeeper to a red card and clinch a victory via a penalty shootout. Karanka is yet to hand the German an extended role at the club but at this rate, there’s no doubt he’ll be their first choice centre-back in no time.

Nottingham have scored 8 goals so far while conceding 8. Instilling Hefele into the backline should tighten things up at the back. The defender is commanding and dominant in his area, winning everything that comes at him.

Intelligent in possession and diligent without it, Hefele is a leader at the back. What makes the player even more enticing his ability to play in different positions and systems. During his time with Huddersfield Town, Hefele once came on as a substitute for Elias Kachunga during a game and played as a striker. He ended the game with two goals. 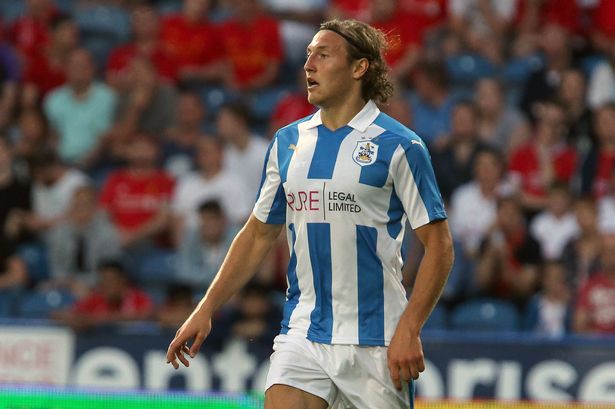 Read more: Nottingham Forest could bag a coup by signing £7m Championship attacker – Karanka should go for it

The German is motivated and determined to win his battles. It’s his never say die attitude that makes him a perfect man to lead the line from the back. Hefele has so far made just 1 appearance in the league this season but Karanka must start playing him on a regular basis in order to maintain the momentum.

If Nottingham Forest are to make a strong challenge in their bid to return to the Premier League, Hefele must be given an important role to play.