Newcastle United fans, as well as Rafael Benitez no doubt, breathed a huge sigh of relief when a competent striker was eventually sought in the January transfer window, with Leicester City’s Islam Slimani arriving on Tyneside for the remainder of the season.

Slimani, rather surprisingly for some, after encouraging comments midweek, was not fit to play a part in Newcastle’s home game against Man United. However, the club recorded a famous victory anyway, with superb performances in particular from debutant goalkeeper Martin Dubravka and controversial midfielder Jonjo Shelvey.

Striker Dwight Gayle’s superb touch-off for Matt Ritchie inside the box made the winning goal that day and this is precisely the point about Slimani’s arrival; not only is his own goalscoring prowess important but his presence naturally makes the likes of Gayle better.

It’s simple human nature. Gayle sees Slimani coming in to take his place in the team and just naturally produces an extra few percent in training during the lead up to the Bournemouth game. It happens all the time.

However, it’s Slimani’s direct contribution that Toon fans are looking forward to seeing the results of. The 55-time capped Algerian has scored 26 times at international level and 56 times for Leicester and Sporting Lisbon in 117 first-team league matches. 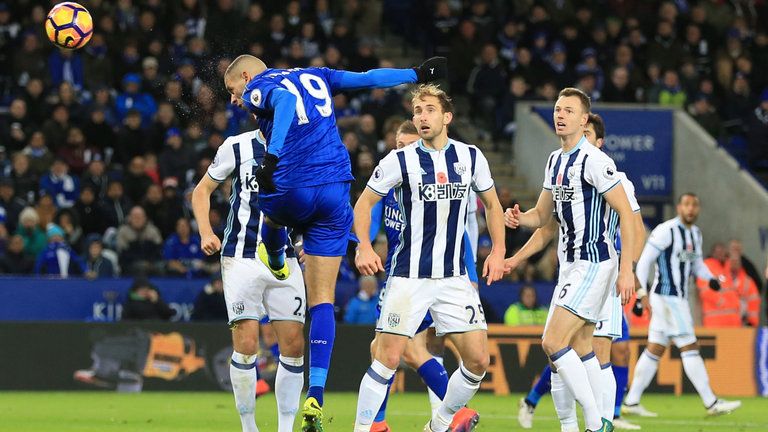 He has only managed 8 goals in 35 appearances for Leicester in the top division, however, a closer look reveals that he has done that in 1516 minutes (16 games equivalent), largely due to the understandable insistence on always having Jamie Vardy as the first choice in the No.9 role.

In fact, this season across all competitions, Slimani has contributed to a Leicester City goal (scored or assisted) once in every 92 minutes, which is a thoroughly decent record.

On the overall balance of his career form, Slimani has completely proven himself to be a proper, bona fide goalscorer and that is something Newcastle United have been searching for during Rafa’s tenure.

To have contributed to a goal basically every match on average, and that is with the hassle of coming on and off the bench at Leicester, the stats tell you it is quite likely that Slimani will make a direct contribution to the result of this match and that is a huge thing for Newcastle.

Should Slimani, having been at the club a few weeks now, feel comfortable in the first-team from minute one, then his contribution to the cause may be felt immediately and I for one would not back against him scoring on debut this weekend.