Why Newcastle should pursue an interest in Sofiane Feghouli this January

According to an earlier report from Chronicle Live, Newcastle United were interested in signing Galatasaray’s Cape Verdean winger Garry Rodrigues. A move failed to materialise due to Galatasaray’s high asking price of €30m.

Rafael Benitez was at the receiving end of widespread criticism due to Newcastle’s calamitous start to the Premier League season. However, three victories in recent weeks have given the manager some breathing space.

It has been quite a remarkable turnaround of fortunes for Benitez at Tyneside. Few would have given Newcastle a chance to get back to winning ways against an in-form Watford unit before the international break but they overturned the odds to produce a moment of magic.

Their subsequent victories over Bournemouth and Burnley are enough to prove that Newcastle are a team with a lot of character and are not going to go down without a fight.

However, Newcastle still need some additional firepower in their attack to survive relegation. Even though Newcastle would not have millions to throw around in January, Rafael Benitez needs to dip into the transfer market to bring in some reinforcements, particularly in the attacking third.

Granted, Garry Rodrigues has shown a lot of promise in recent years. However, Newcastle should take note of the fact that the Cape Verdean winger is not a proven player by any means.

He had a very successful season with Galatasaray last term where he registered 9 goals and 10 assists. Apart from his heroics from last season, he does not have a very good profile, having played for a few lower division clubs in France followed by stints at Elche and PAOK where he did not taste much success.

Not underestimating his credentials as a player, Newcastle should not take the risk for splashing a huge sum to land him in January, Instead, the Magpies should turn their attention to proven players to fight the relegation battle. In fact, they should pursue Rodrigues’ Galatasaray teammate Sofiane Feghouli.

Sofiane Feghouli was one of the stars for Algeria at the 2014 World Cup in Brazil where he helped his nation reach the knockout stages. He is a hugely experienced player and has tasted commendable success at Valencia over the course of six seasons in the La Liga.

Both Feghouli and Rodrigues are aged 28 and the fact that the Algerian had a stint with West Ham in the 2016/17 season should prompt the Magpies to make a move for him in January.

Feghouli registered 3 goals and 3 assists during his time at West Ham, figures which are not quite telling but his experience of playing in England will definitely prove to be handy for Newcastle.

Unlike Garry Rodrigues who likes to operate on the left-hand side of the midfield, Feghouli is a right-sided midfielder who has the ability to take on defenders with his sudden burst of pace and strong build.

Blessed with impressive ball control, trickery and vision, Feghouli is a more dynamic player who has a lot more in his repertoire of skills. 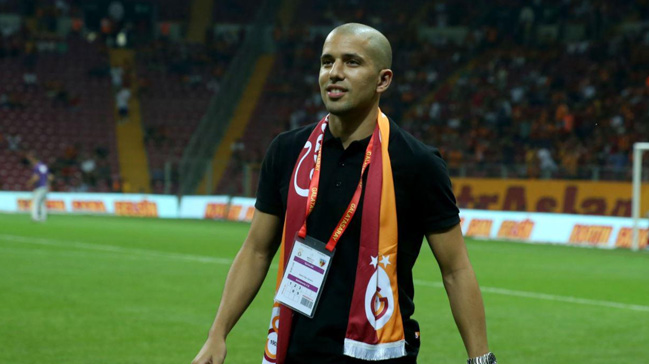 Not only is he capable of some individual piece of magic but also contributes a lot to the attack with his flawless passing and incredible vision which allow him to pick out the runs of his teammates from the wide areas.

Read More: Newcastle must complete this game-changing signing of £18m-rated Serie A star before the transfer deadline

Moreover, he is still performing at the peak of his powers at the age of 28 as opposed to Rodrigues, who is a bit of a late bloomer in Europe. Feghouli registered 6 goals and 9 assists in the Turkish top-flight last season.

That said, Newcastle should start pursuing an interest in the hugely experienced Algerian instead of Garry Rodrigues in January to boost their chances of survival in the Premier League.