According to reports, Sevilla have made Newcastle United defender Florian Lejeune their top target this summer.

Lejeune moved to St James’ Park from Eibar only last year. Despite a shaky start, the player impressed in the second half of the 2017/18 campaign, as Rafael Benitez’s men finished in the 10th spot in the Premier League.

Although the defender is being tracked by Sevilla, Newcastle are confident they can retain Lejeune beyond the end of this summer.

Lejeune was one of Benitez’s first-choice signings last year but things haven’t been plain sailing for him in the English top-flight. Having picked up an injury against Tottenham Hotspur on the opening day of the season, his Newcastle career got off to a slow start.

The Frenchman was back to action in October but he lacked match fitness which affected his rhythm. He was unlucky to sustain another injury which saw him miss the busy Christmas schedule. 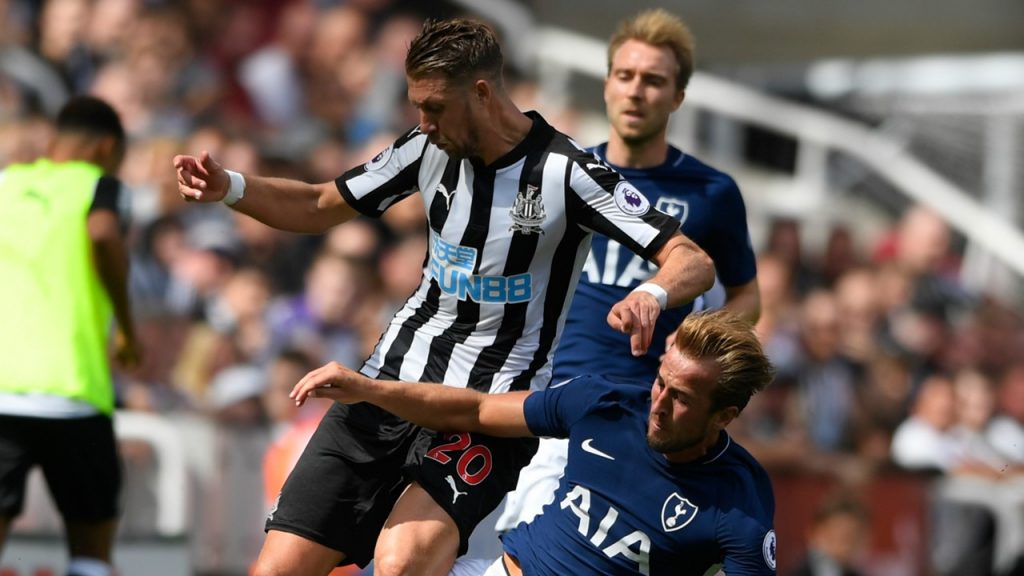 However, Lejeune returned against Manchester United in February, and he turned out to be one of the star performers in their 1-0 win at St.James’ Park. From there on, Lejeune has not looked back.

Lejeune only played 24 matches for Newcastle in the previous campaign but he displayed a great work ethic.

Although he took time to cope with the intense demands of the Premier League, the Frenchman gradually picked up the tempo and improved. As time progressed, Lejeune formed a formidable centre-back pairing with skipper Jamaal Lascelles.

While Lascelles hogged the limelight, Lejeune did his job silently. His calm and composed presence, coupled with his ball-playing abilities, made him the perfect foil for the aggressive Lascelles. The duo worked in tandem and made the Newcastle defence difficult to breach.

But Lejeune will have a heavier workload next season. First and foremost, he will need to remain fit to make himself available for selection. The road will be difficult but given his determination and spirit, Lejeune should work wonders in the next campaign.

He must focus on utilising his confidence to put in some solid performances for Newcastle. He is quite confident on the ball which often helps him maraud forward to create chances for his teammates. When it comes to one-on-one defending, Lejeune is extremely strong and reliable.

The 27-year-old’s attributes saw him keep the likes of Ciaran Clark and Chancel Mbemba out of the first-team since January. Hence, it is highly unlikely for Benitez to even consider selling Lejuene this summer.

If Lejeune can remain fit, it will be quite tough for Newcastle’s opponents to get past him in the seasons to come.