Why Manchester United should retain the services of Matteo Darmian

According to the Metro, Italian right-back Matteo Darmian is ready to leave Manchester United this season after falling out of favour under manager Jose Mourinho.

Darmian started only five Premier League games and made a total of eight appearances last season, with Mourinho opting to play Antonio Valencia and Ashley Young as full-backs.

The 28-year-old made his £12.7m move to Old Trafford in 2015 from Torino during manager Louis van Gaal’s reign and played quite a significant role for the Red Devils at the back, making 28 appearances in his debut season. He has made a total of 55 appearances for the club and has scored once.

With Mourinho at the helm of affairs, his game time has significantly reduced and the Italian is not at all amused by his lack of opportunities. Darmian, however, played the full 90 minutes in United’s 2-1 win over Leicester City on the opening day.

Reports by the Daily Star last year claimed that Mourinho was keen on offloading the Italian full-back.

However, as the Sun puts it down now, Mourinho has asked Matteo Darmian and Marcos Rojo to stay at Old Trafford. Although United successfully completed the signing of 19-year-old Portuguese right-back Diogo Dalot from Porto, the Red Devils failed to land any of their summer targets to strengthen the backline.

A deal for Leicester’s Harry Maguire didn’t materialise and another target Diego Godin signed a new contract with his current club.

Although Darmian predominantly plays as a right-back, he is more than capable of playing as a centre-back too. His versatility will be an added bonus for United as Phil Jones, Luke Shaw and Marcos Rojo have struggled to impress of late. Victor Lindelof is coming on the back of an impressive World Cup but he is yet to cement his place in the team.

Darmian, who has the ability to play with both feet, can fit in on either side of the back-four when Mourinho wishes to rest Young or Valencia. 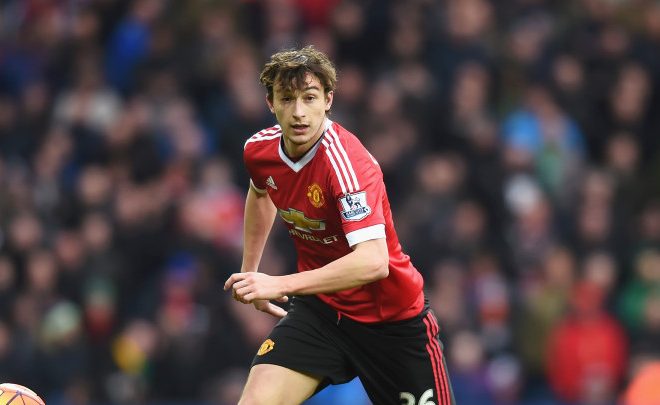 He is an intelligent lad who excels in ball interception, winning aerial duels, reading the game effectively and making crucial challenges. A dynamic and hardworking footballer, he rarely runs out of gas. Darmian is also decent with his crossing and tends to provide width to the team when going forward.

Not debating the fact that Mourinho may not be able to provide Darmian with regular starts in the Premier League, he may be a handy customer for the cup competitions due to his experience. Valencia and Young are not getting any younger and would definitely require a few breaks to stay fit.

Read More: Food for thought: Why Manchester United will regret not signing this £50million-rated defensive lynchpin

With United failing to bring in defensive reinforcements this summer, holding onto Matteo Darmian would be indispensable for Mourinho’s squad depth.