According to reports from Birmingham Live, FC Groningen midfielder Mimoun Mahi was a subject of heavy interest from Championship title-chasers Leeds United.

Currently ay 2nd place behind leaders Norwich City by two points, there is still a long way to go until the end of the season and a lot could change in that time. They recently slumped to a disappointing 3-0 defeat against the Canaries which has what has placed them in this difficult scenario.

Striker Kemar Roofe has been in fine form all campaign and has scored 14 goals for the Whites and has even notched up 2 assists. He has singlehandedly won them a multitude of matches this season.

Jack Clarke has been their first-choice left-winger for most of the campaign and he has certainly impressed during his time with the first-team. His impact has been so great that he was heavily linked with a possible move to join up with Mauricio Pochettino’s Tottenham (h/t Sky Sports).

The 18-year-old has been a revelation since bursting into the first-team picture and has impressed everyone thoroughly. His pace and crossing abilities have set him out as one of the top prospects in the English game at the moment.

With his eventual departure seemingly imminent, Leeds would’ve got a ready-made replacement for the Englishman had they managed to acquire the signature of FC Groningen’s Moroccan international winger Mimoun Mahi – a player they were keen on during the winter window as reported by Birmingham Live.

Mahi plays in the Dutch Eredivisie as a left-winger and is touted to be one of the league’s highly-rated talents. His ability to carry the ball with pace is unparalleled. His amazing close control and dribbling abilities are often displayed in his performances. 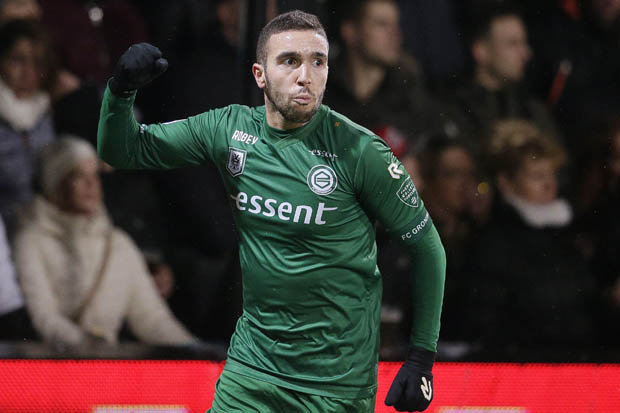 He is over 6ft tall and takes alarmingly long strides, which often puts him at an advantage when it comes down to a foot-race.

His skill and trickery are certain to be a hit in England while his finishing skills from acute angles are quite renowned. He has played 16 league games for Groningen and has 5 goals and 5 assists to his name.

Read More: Leeds have certainly missed a trick in not completing this €12m deal in January – agreed?

He would’ve been a great addition to Leeds United. At just 24, Mahi obviously has a bright future ahead of him and with Leeds looking to make it to the Premier League next season, signing this Moroccan star would’ve been a perfect move.