Middlesbrough have started rebuilding their squad for the next season, hoping to improve after finishing 5th in the Championship last season. Going forward, they must fight to secure a promotion to the Premier League.

Tony Pulis has considerably strengthened his defence, bringing in Aden Flint and Paddy McNair. Taking a closer look at the Northern Ireland international, however, one can’t help but wonder if he is the right man for Boro.

McNair began playing with hometown club Ballyclare Colts, before joining the Manchester United academy when he was 16. He made his debut for the Red Devils in a 2-1 win over West Ham in 2014, going on to play a total of 27 games for them over the course of the next two seasons.

However, in 2016 he was sold to Sunderland and he has endured troubled times since then. McNair ruptured his ACL in a 3–0 win over Hull City and was absent for 11 months. Even after recovering from his injury, he struggled to break into the first team and appeared in only 19 matches last term, scoring 5 goals.

Provided he stays fit, McNair can bring a lot to the table for Middlesbrough. He’s a versatile player, who can play as a centre-back and a defensive midfielder.

During his time with the Black Cats, he played behind the striker on certain occasions as well. In addition to that, he has also operated as a right-back in the past.

The Northern Irishman is an athletic and powerful footballer, who is not afraid to get stuck in a challenge. 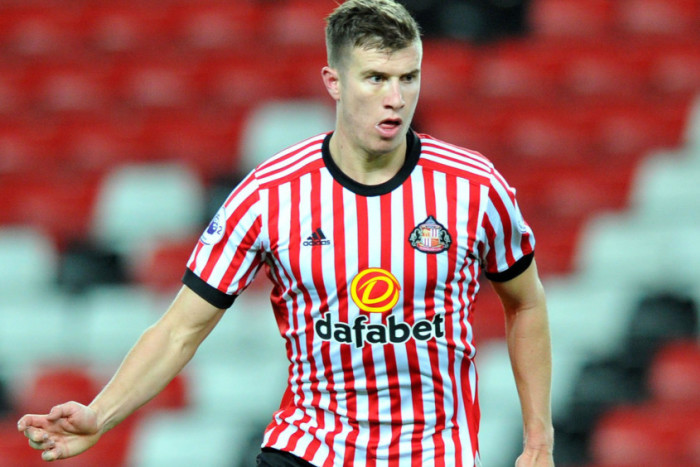 Add to that his ability to score when going forward, and you have a decent player at hand. His experience in the Premier League and the Championship will also prove to be fruitful for Middlesbrough.

It will be interesting to see where and how McNair fits in Pulis’ formation at Riverside. The manager has plenty of options in the middle of the park. He has the likes of Adam Clayton and Johnny Howson, as well as captain Grant Leadbitter.

Read More: Why securing a £5m deal for this 6ft 6in giant could be a massive coup for Middlesbrough

It won’t be easy for McNair to break into the starting XI right away. But he’s a hard-worker, and if he can put his injuries behind him, he could turn out to be a big hit for Boro.