Why Manchester United must sign Lautaro Martinez in January

According to a report in Sun, Manchester United and Spanish champions Barcelona are eyeing up a move for Inter Milan striker Lautaro Martinez during the upcoming transfer window/s.

The Argentina international, who has made a great start to this season under Antonio Conte, is said to have a release clause of £96m (h/t Sun), meaning clubs will be aware of how much they would need to shell out before making the move.

On the other hand, Manchester United have struggled to score goals on a regular basis this season after failing to replace Romelu Lukaku in the squad.

They have only scored 10 goals in nine league games so far, which is one of the main reasons why they sit in the second half of the table, way below their expectations.

Below, we analyse Martinez’s game and conclude why the Red Devils should sign sooner rather than later:

Lautaro Martinez is a top-quality forward, who prefers to play as a striker up top but is capable of playing in front or operating as a support striker in a 4-4-1-1 formation.

The Argentina international has made a fantastic start to this season, with six goals and two assists in 12 appearances in all competitions already. 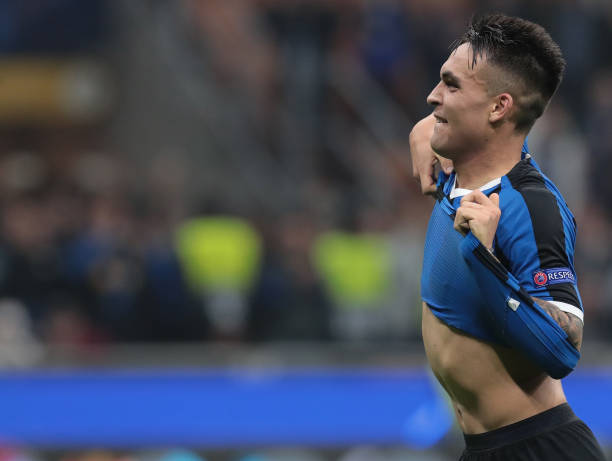 In terms of his attributes, the 22-year-old has great pace to stretch the opposition defence at all times. He is physically strong on the ball and can dribble past people in a flash. In addition, the attacker is capable of linking up play in the final third and is a ruthless finisher in and around the opposition penalty box.

If United manage to sign him, they will have a player who not only adds goals to their team but also increases the quality of link-up play in the final third to break defending teams down.

For that reason, Ole Gunnar Solskjaer’s men need to sign Lautaro Martinez in January. With Barcelona around and the striker having a release clause, they cannot wait till the summer.