According to a report in Metro, Manchester United manager Jose Mourinho is planning to make a move for Dortmund midfielder Axel Witsel after criticising the midfield options at his disposal.

The Red Devils were interested in signing the Belgian in the summer but prioritised the signing of Shakhtar Donetsk’s Fred. At that time, the club thought that the 29-year-old wouldn’t be the right man for the job. (Metro)

Witsel, who spent four years at Zenit and played some of his best football, moved to China in 2017 and stayed there for a year. However, since joining Dortmund in the summer, he has thrived under the management of Lucien Favre.

The Belgian is, in fact, one of the mainstays in a team that is leading the Bundesliga by four points, and are in pole position to qualify for the knockout stages of the Champions League.

Hence, one can’t help but think that Mourinho should sign him in the next summer window. The Portuguese has taken a swipe at his current midfield players, saying they are not aggressive enough to play football at the highest level. (Metro)

Nemanja Matic, who is considered as one of the warriors in the Mourinho army, has had a poor season. The Serb has looked lethargic, uninterested at times, and very slow on and off the ball. Certainly not the things you would want to hear as a supporter if your defensive midfielder is making errors on a regular basis.

Fred was bought in the summer to either partner Matic or replace him when needed. However, the Brazilian has struggled to adapt to life at Old Trafford. The ex-Shakhtar star is one of the many players who doesn’t seem comfortable under Mourinho. 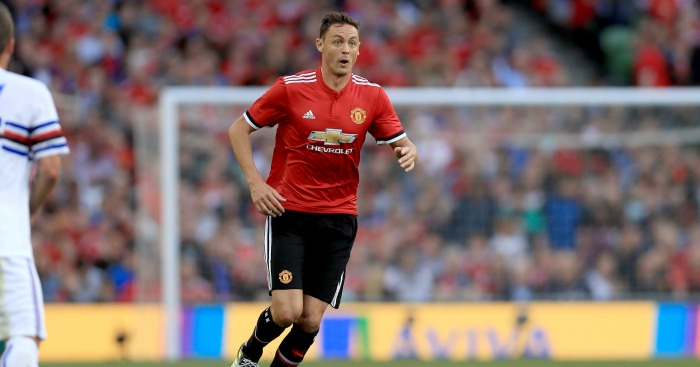 Therefore, it is clear that Manchester United require a new central/defensive midfielder, and Witsel can be that player. The Belgian is predominantly a number six, but comfortable in operating as a number eight if needed.

He is a quality player on and off the ball, signifying the pace with which Dortmund play from the defence to the attack. All in all, he is an ideal modern-day defensive midfielder.

Read More: Man United must not hesitate to splash £50m on this 21-year-old Serbian sensation – would solve a key issue

The 29-year-old has featured in two World Cups for Belgium, hence, he possesses the experience of playing football at the highest level. Thus United mustn’t hesitate to fulfil the demands of their manager.