Why Manchester United must beat Liverpool to sign Xherdan Shaqiri

According to reports, Manchester United are considering a move for Stoke City star Xherdan Shaqiri.

Shaqiri, 26, impressed during the World Cup group stages with Switzerland but failed to make an impact during their 1-0 defeat against Sweden in the Round of 16.

The Swiss ace, who is available for just £12m after Stoke’s relegation from the Premier League, has also been linked with a move to United’s Premier League rivals Liverpool.

Shaqiri’s bargain price has made him an appealing prospect for United manager Jose Mourinho, who was reportedly impressed with his performances in Russia.

United finished 19 points behind their rivals and champions Manchester City last season which suggest there is a huge gulf of class between the two Mancunian clubs.

City were excellent throughout the campaign, blowing away teams left, right and centre and deserved to lift the title. United, on the other hand, looked best destined for the runners-up spot.

However, it was simply not enough for the Red Devils and Mourinho must prepare a team that is capable of beating City to the title next term.

The Portuguese manager has wasted little time in identifying his transfer targets, having brought in Fred, Diogo Dalot and Lee Grant. He has also succeeded in extending Marouane Fellaini’s contract with the club.

Having strengthened the defence as well as the midfield, Mourinho must shift his attention to bolster his attacking options which lacked flair and pace last season despite the January arrival of Alexis Sanchez. And while Sanchez — with a full pre-season in his bag — will be expected to deliver the goods next time, United need a right wide man.

In that case, Shaqiri would fit the bill perfectly at Old Trafford. He has Champions League experience and knows the ins and outs of the Premier League after spending so many years with Stoke City.

The 26-year-old is technically gifted and operates at high intensity. The stocky-Swiss is a classic winger who demands the ball at his feet and will take it no matter how many players are marking him.

Shaqiri was Stoke’s best performer last term and has proven his worth on numerous occasions. The former FC Basel winger is a genuine match-winner, boasting a combination of strength, speed, stamina and technique which is capable of terrifying the best defences in the league.

The diminutive attacker is nimble-footed and possesses a silky touch which allows him to glide past opponents without any problem.

The Switzerland international is also versatile as he is capable of playing anywhere across the forward line. His pace on the break and guile could provide United with a different dimension going forward.

With Anthony Martial looking to quit Old Trafford, Shaqiri could be signed as a solid back-up to the likes of Marcus Rashford, Alexis Sanchez and Jesse Lingard. 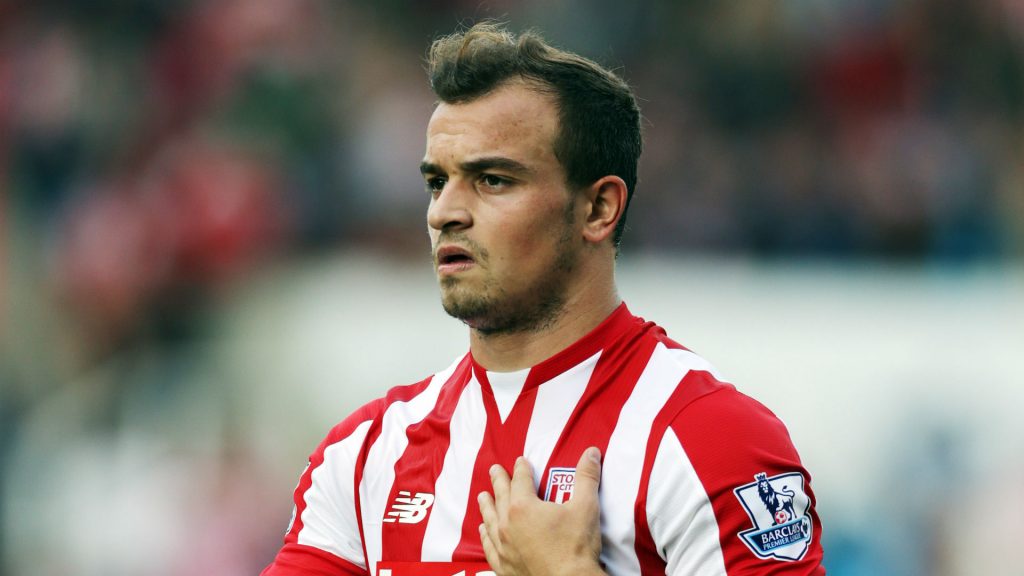 Shaqiri is only 26 years of age and in today’s highly-inflated market, signing someone of the Switzerland international’s quality for just £12m is an absolute steal. The Stoke star definitely represents value for money and would be an exciting addition to the current United squad.