Why Manchester United should not let Victor Lindelof leave on loan

Manchester United defender Victor Lindelof is a wanted man after his World Cup heroics with Sweden. He is reportedly wanted on loan by a host of European clubs, including his former club Benfica.

Signed amongst great fanfare last summer, Lindelof struggled for game time and form during his debut season at Old Trafford. He only started 13 league games and rarely looked inspiring at the back.

Despite his limited chances with United, Lindelof steadily established himself in the Sweden side and enjoyed an impressive World Cup campaign before getting knocked out by England in the quarter-finals last week.

But now the question arises – should Jose Mourinho let Lindelof leave on loan or provide him with a second chance next season?

Mourinho is reportedly keen to sign Tottenham Hotspur centre-back Toby Alderweireld this summer. United’s defenders had a tough time last time out as none of them managed to deliver the goods on a consistent basis. The uncertainty in the defence prevented United from fielding a fixed centre-back pairing.

Mourinho’s pursuit of a new central defender speaks volumes of his lack of faith in the current crop of players. But the Portuguese manager should abandon the pursuit of another defender and place his faith in Lindelof next season.

Lindelof did struggle at United early on. He made some catastrophic mistakes in the 2-1 defeat at Huddersfield Town but as the season progressed, the player displayed signs of improvement. He starred for Sweden during their international playoff against Italy last November, showcasing the same form that helped him win league titles with Benfica.

While Sweden were eliminated from the World Cup in the quarter-final stage, Lindelof’s defensive showing in Russia was a key behind their progress. Alongside Sweden skipper Andreas Granquist, Lindelof formed a formidable defensive pairing and played a vital role in their eye-catching defensive performances. 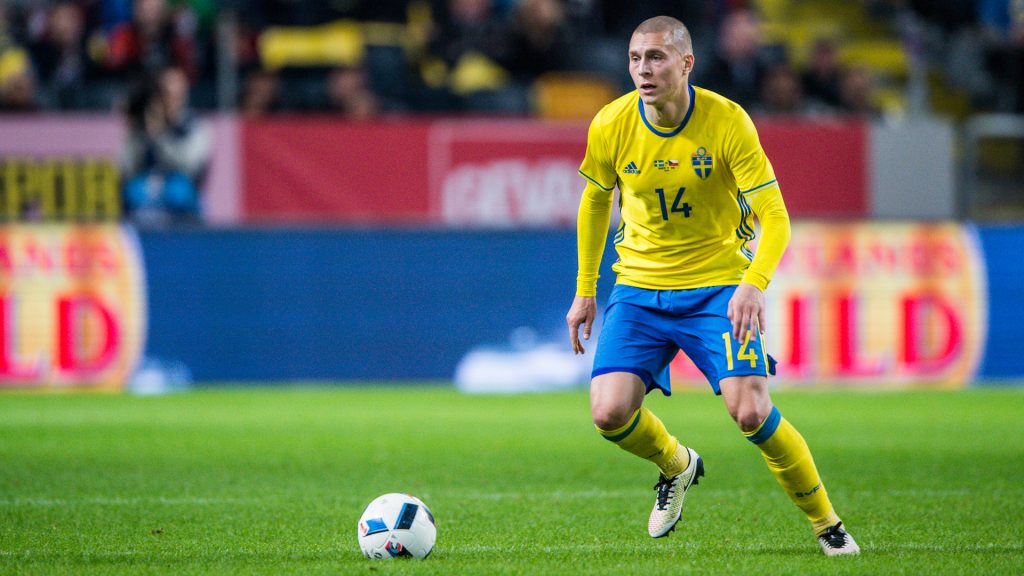 After a strong World Cup campaign, Lindelof will be full of confidence and raring to go in the Premier League. The 23-year-old is a powerful, composed and hugely talented defender who could turn the Red Devils into genuine title contenders if allowed a run of games.

Read more: Ed Woodward should give green light to complete deal that could allow Mourinho to challenge for the title

As things stand, Mourinho should not let Lindelof leave United this summer. If the Portuguese manager presents the Swede with another opportunity, he would not only save a good amount of money but also view Lindelof transforming United’s backline in the upcoming season.