According to reports in the Sun, Manchester United could lose Matthijs de Ligt to Manchester City, with famous agent Mino Raiola ready to scuttle the deal over Paul Pogba’s row with Jose Mourinho and the Old Trafford club.

Raiola represents both Pogba and de Ligt, so he has the power to scupper the deal towards United. Tottenham Hotspur and Spanish giants Barcelona are also targeting the £52m-rated centre-back. Reports claim that bids have been submitted to Ajax.

Spanish outlet Mundo Deportivo claim Barca are in pole position to sign the 19-year-old, who is contracted with the Dutch club until 2021.

However, if there is a competition between two Manchester clubs over the signing of the player, the Etihad is the ideal destination. Here’s why:

Taking a look at how de Ligt plays his football, it suits the way how Pep Guardiola likes his centre-backs to play. The Dutchman is comfortable on the ball and is very adept in playing in a high-line defence because he is capable of making recoveries when required.

Analysing his performance alongside Virgil van Dijk in the Netherlands’ 3-0 win over Germany, it was de Ligt at his calming best. The 19-year-old can make mistakes but his attitude to atone that in a flash is something admirable.

Hence, if he becomes a little too flashy with the ball, he has the sense to recover the situation. However, he was faultless on Saturday and kept a credible clean sheet against the Germans.

A few days back, he led Ajax to a wonderful performance at the Allianz Arena against Bayern Munich, where he was immense for the club.

The centre-back is everything that Guardiola likes and not really what Mourinho prefers. Therefore, tactically, de Ligt is a much better bet for Manchester City than Manchester United.

It’s been a long while now that United are in need of a centre-back, and a poor start to the season has underlined that. But if they are to get de Ligt, they first need to make Raiola happy. 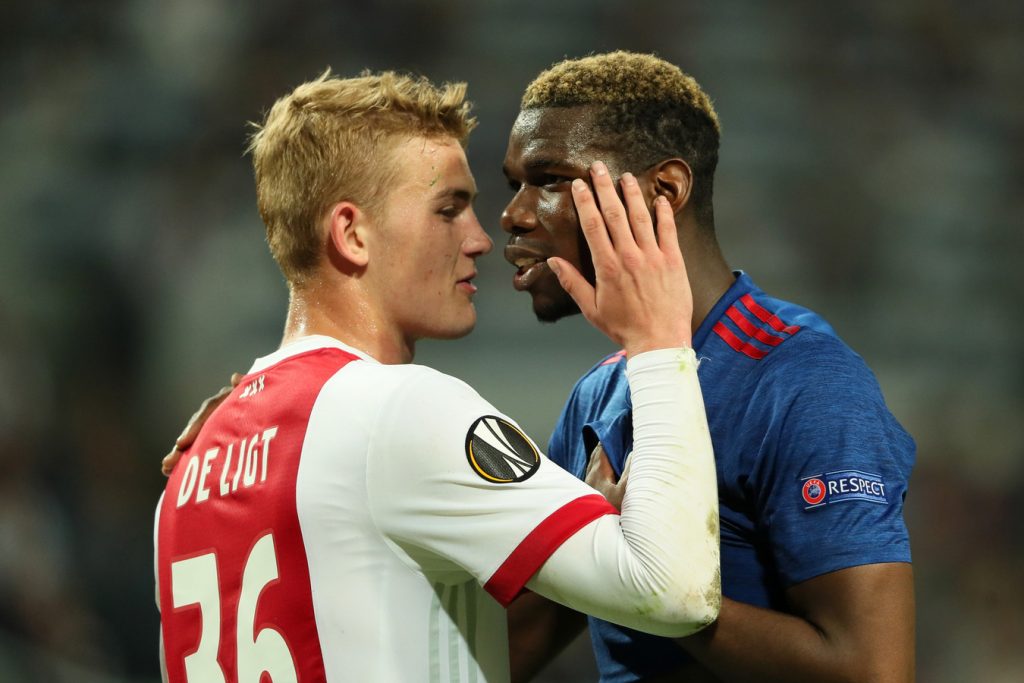 Under Guardiola, the 19-year-old would happily learn the trade from one of the best tacticians in the world.

Hence, the Dutchman arriving at the Etihad would be a better choice than the Old Trafford.