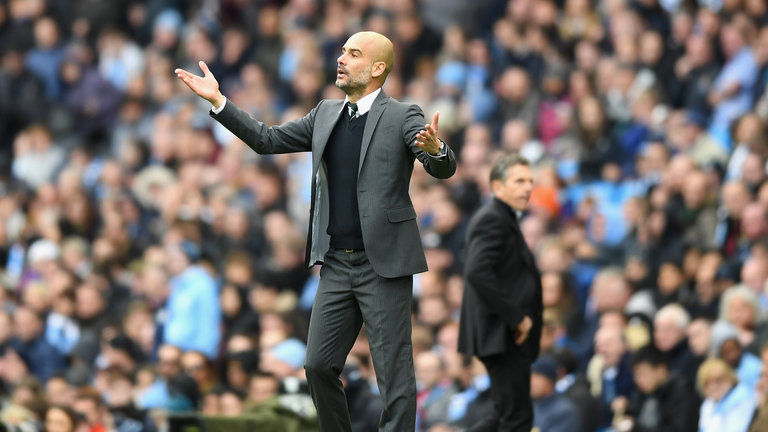 Manchester City succumbed to a crushing loss at the hands of arch-rivals Manchester United at the Etihad Stadium, which ended their 16-month unbeaten run at home.

However, their troubles are far from over since they now need to turn their attention to a tough match against Tottenham Hotspur which could potentially help them seal the Premier League title. In addition to that, they also have a colossal Champions League encounter against Liverpool.

The first-leg of the scintillating quarter-final saw the Merseyside giants beat City 3-0 and Pep Guardiola will have quite a task at hand to overturn the deficit.

Nevertheless, they have reasons to be optimistic about the same since this match will be at the Etihad, meaning they will enjoy the home advantage. With the league title almost secured, Guardiola will be looking to extend his team’s dominance in Europe’s elite competition as well.

To do that, they will need to score more than 3 goals to beat Liverpool and also stop the Reds from scoring an away goal. That seems like a tall order given the Reds’ stunning attacking line-up but City have arguably been the best team in the domestic top-flight this season and they are more than capable of launching a solid fight.

As we saw in the first-leg, the key to that will be to establish dominance in the midfield area. If one looks closely at the first-leg, it is evident that Liverpool won the game on the back of some miraculous displays from the likes of Alex Oxlade-Chamberlain, James Milner and Jordan Henderson.

The trio completely ripped City’s midfielders apart and that set the tone for the rest of the game. Thus, to get ahead of the Reds, City will have to find out a way to outplay and outrun their Liverpool counterparts.

David Silva, Kevin De Bruyne and Fernandinho will have to be at their absolute best and perhaps it would be wise for City’s defenders to stick to defending and avoid surging forward too much.

Ordinarily, it would not matter a lot but in this scenario, the club cannot afford to be in any situation that would allow Liverpool to score. Indeed an uphill task awaits them and it will be interesting to see if City can do the impossible.