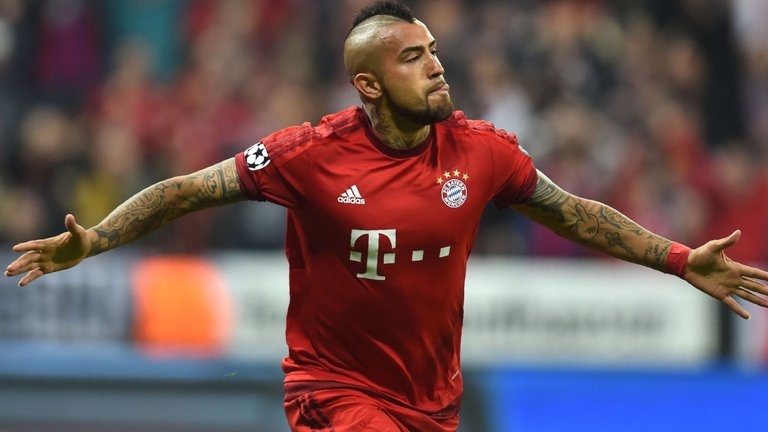 Antonio Conte has seen his side regress from the performances they put up last season, and has been on the lookout for quality players to add to Chelsea. The January transfer window will give him a chance to spend on some of the most exciting players in Europe but the Blues might miss out on yet another top transfer target this month, Arturo Vidal.

A transfer target for the Blues even in the summer, Vidal has fallen down the pecking order under new Bayern Munich boss Jupp Heynckes. The former Juventus man has made just 11 Bundesliga starts this season and reports claim that he could be allowed to leave this January.

Chelsea were desperate for his services before the start of the season and are expected to be back with a bid this month. However, they were dealt a huge blow today after it was revealed that Vidal will not be sold in January.

Speaking to the media, addressing Vidal’s future, Heynckes was firm and revealed that Vidal will remain a Bayern player beyond the deadline day later this month. This will leave the Blues in a similar position to the summer, where they will have to search for other midfielders. But here is why missing out on Vidal is not a bad deal for the Blues.

A bit too old for the Chelsea midfield

For starters, the Chilean turns 31 before the end of the season and does not have too many seasons of top level football left in him. He is a box-to-box midfielder, known for his fierce attitude and aggressive style of play but at his age, he will not be able to keep up the energy for a period of 90 minutes, more so in the physically demanding English league.

He may be a decent fit for Conte’s style of play but with the current crop of players, the manager hardly needs another box-to-box midfielder like Vidal. French midfielder N’Golo Kante has been his usual self in the heart of the park but the likes of Tiemoue Bakayoko and Cesc Fabregas have not been consistent enough, while Danny Drinkwater has not been given enough time to adjust to Chelsea’s playing style.

Vidal may be an upgrade in quality over two of those names but it is hard to see him make an immediate impact or adding anything different to this Chelsea side.

The pace of the English league will demand a lot out of the 30-year old and Conte is better off looking elsewhere, for a more long term option to solve his midfield problems.