Rangers are set to lose defender David Bates on a free transfer at the end of the season, after the 21-year old signed a four-year pre-contract with German Bundesliga outfit Hamburg, as per reports from BBC.

The young Scotsman was on the last leg of his deal with the Gers and negotiations for a new contract were underway but the two parties couldn’t find a common ground on the wages. As per the Daily Record, Bates was demanding a salary of £7,500, which the Rangers were not willing to offer and in the meantime, Hamburg swooped in to capitalise on the situation and have ended up signing the player on a Bosman deal.

Bates, an academy graduate from Raith Rovers, first joined Rangers on a loan deal in the summer of 2016 before the transfer was made permanent in January 2017. The defender was off to a shaky start to life at the Ibrox Stadium but had shown positive signs of improvement and had stepped up considerably over the last two months when he got a consistent run in the side owing to the injuries to Ross McCrorie and Bruno Alves.

So far in the ongoing campaign, Bates has made 17 appearances for the Gers across all competitions. His last appearances came in the 3-2 loss to arch-rivals Celtic last month, where he picked up an ankle injury just fifteen minutes into the game. 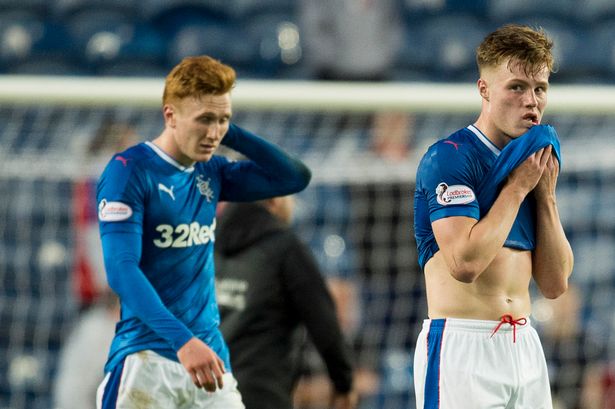 The 21-year-old might not have started off all that well but if his recent performances were anything to go by, there was plenty of scope for him to grow into a defensive mainstay for the Light Blues in the near future.

Someone who is blessed with natural defensive qualities, Bates is very much an old-school defender with a no-nonsense and aggressive approach to his game. Standing at 1.93m tall, the 21-year-old cuts an imposing figure at the back and is strong, possessing a deceptive pace as well that comes in handy in the face of some sticky situations.

The 21-year-old is still away from being a finished article, no doubt. The technical ability and the eye to find a pass when on the ball are something that the player needs to work on but he had shown enough potential and a sense of maturity at a young age.

Bates may have just made 25 appearances for the Gers during his two-year spell but he clearly had the talent and the attitude to grow into an asset for the club in the near future. Losing a young and promising centre-half like him, on a free transfer, is clearly not the best of decisions from Rangers.