Why Liverpool should beat their competitors and sign Frenkie De Jong

Liverpool romped to a 3-1 victory against Manchester United at Anfield this weekend. The pressure was on the Reds to perform after Manchester City’s win against Everton took them back to the top of the table.

But Jurgen Klopp’s side once again turned up for the occasion as they swatted aside the Red Devils at home. The Reds have now made their best ever start to a season in the Premier League and are also the only unbeaten team in the league this season.

They have looked very good going forward and have also proven to be the most defensively resilient side in the league as well. However, it’s the midfield where their issues often pop up and disappear. There’s a clear lack of creative essence in their midfield setup and that is one Klopp surely has to address in January.

But in the meantime, the manager should consider bringing in Ajax wonderkid Frenkie De Jong. The Dutch youngster is currently one of the most sought after central midfielders in Europe. He has broken into the Netherlands national team this season and has been a revelation for the country since.

According to the Mirror, he has attracted interest from the likes of Juventus, Manchester United and Manchester City. But Liverpool seem like a very attractive prospect at the moment and Klopp should certainly consider bringing in the Dutchman.

De Jong is technically very skilled and possesses supreme ability on the ball. Liverpool midfielder Jordan Henderson has failed to make a significant impact in that role and the Reds subsequently brought in Fabinho this summer.

The Brazilian has shown glimpses of his quality and enjoyed a superb outing in their win against Manchester United but Liverpool could definitely use one more box-to-box midfielder in their squad. De Jong is comfortable playing as a holding midfielder as well.

His ball-holding ability is immaculate and De Jong is supreme when it comes to carrying the ball deep from the midfield. He has averaged a pass success rate of 92% in the Eredivisie this season. Surely, the Dutchman will be a more effective passer in the middle of the park than Jordan Henderson. 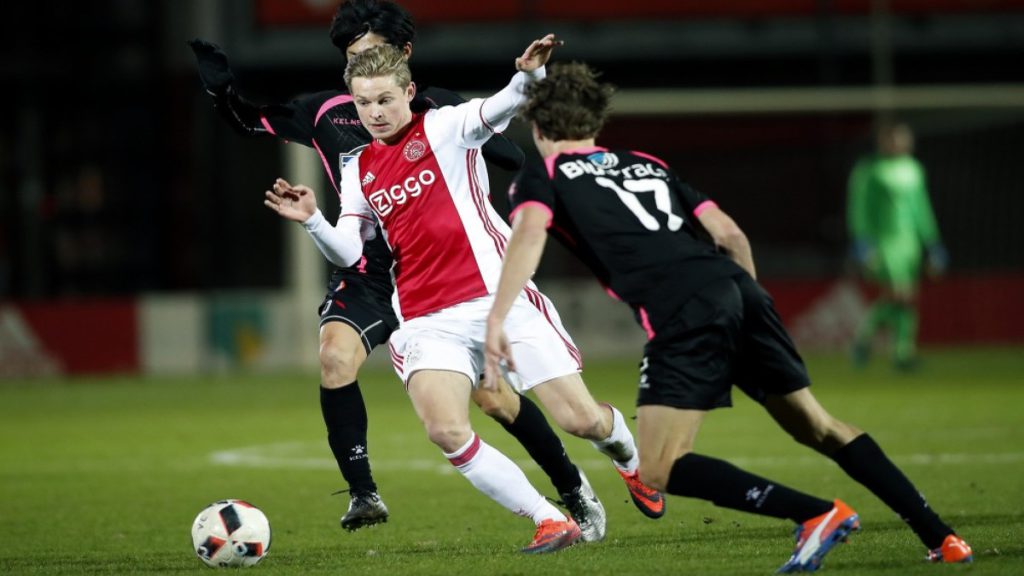 His ability to pop up with goals makes him an even more enticing option. He has scored 2 goals and provided 1 assist this season, averaging 1.5 shots per game. The likes of Mohamed Salah, Roberto Firmino and Sadio Mane will surely have a lot more chances and security with De Jong dictating the play for them.

Read more: Here’s how Klopp tactically outfoxed Mourinho in the 3-1 win at Anfield – pure brilliance from the Liverpool boss

It seems like Liverpool are just one or two world-class signings away from landing the Premier League title. The Reds are already on course to do so but they still have a long way to go. Klopp should further strengthen the squad by bringing in Frenkie De Jong.