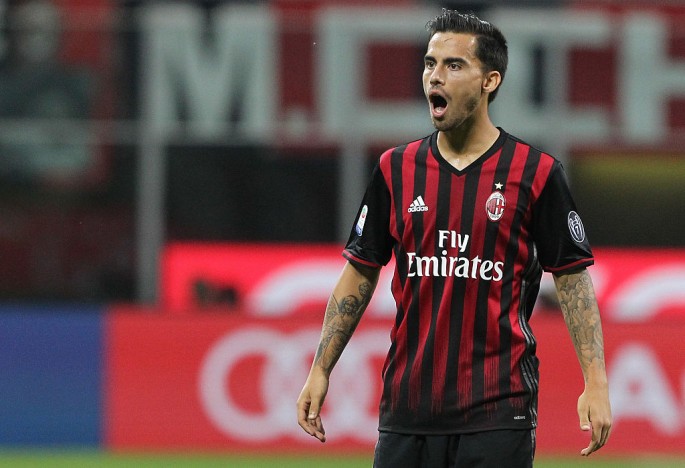 As per a report from The Sun, Liverpool are keen on re-signing midfielder Suso, whom they lost on a free transfer about three years back.

Currently playing for AC Milan, the 24-year-old midfielder has blossomed into one of Serie A’s finest. The report has also claimed that the Merseysiders are plotting a £35million raid to bring him back to Anfield and considering the stakes, it will be interesting to see how the situation pans out.

Suso joined Liverpool back in 2010 from Spanish club Cadiz FC. However, in the excruciating five years that followed, he failed to make a mark for himself and managed to appear just 21 times for the club. However, moving to Milan proved to be a great choice for him since he managed to truly make a name for himself with the Italian giants. In fact, his stellar displays even saw him earn a recent call-up to the Spanish national squad for their 2018 World Cup qualifiers.

The Spaniard has contributed a total of 8 goals and 5 assists across all competitions for Milan this season. His passing and finishing skills are absolutely top-notch and Suso is adept at wreaking havoc upon the opposition in the final third. He is quite creative as well, and has created a whopping 63 chances in 29 Serie A games, according to Squawka. He is versatile too and can play in a variety of attacking positions.

However, he has featured predominantly on the right-wing for Milan throughout this season and that is interesting because Mohamed Salah is currently the undisputed king in that position at Liverpool.

The Egyptian has enjoyed a spectacular campaign and is showing absolutely no signs of slowing down. His goals have fired Liverpool to a lot of success this term and he has been one of the club’s most consistent performers.

Hence, it might be tough for Suso to compete with him for a starting spot if he chooses to return to Liverpool.

That said, Suso can also play as an attacking midfielder and that position does require strengthening at Liverpool. Quite unsurprisingly, the Milan superstar boasts of qualities similar to those of Philippe Coutinho’s and he could become the eagerly anticipated replacement for the departed Brazilian for Liverpool. Suso is creative, speedy and can exploit the tiniest of gaps to torment the defenders.

Hence, if Suso decides to forego playing on the right-wing, moving to Liverpool would work out well for him and also for the Reds.