Why Leicester City must sign Mohamed Elyounoussi this summer

Leicester City are interested in a sensational summer move for FC Basel winger Mohamed Elyounoussi, as per a report from Leicester Mercury. With the summer transfer window ahead of us, several clubs are making contingency plans and Leicester are not far behind. In fact, a report from Italian publication Corriere dello Sport had claimed earlier that AS Roma are keen on signing Riyad Mahrez once this season comes to an end.

Be it Roma or any other club, the fact is that the Algerian winger has been linked with an exit for a while now and it could be safe to assume that the upcoming window will be no different.

Hence, if at all Mahrez were to leave the club, a player like Elyounoussi could come in handy for new manager Claude Puel. After a lot of trials and tribulations, the Foxes are in a secure spot now but next season, they will have to do a lot better.

Even if they were to, hypothetically, lose Mahrez, they will need a replacement almost immediately and to that end, a move for Elyounoussi seems like a good move. 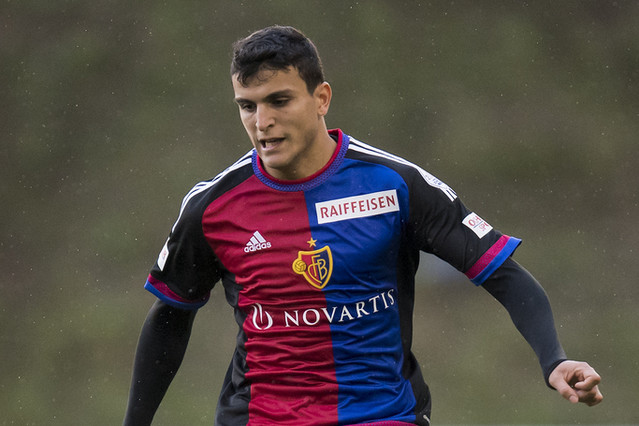 Furthermore, even if Mahrez were to stay back, it would not hurt them to have a talented winger like Elyounoussi at hand. To achieve higher ambitions and appease the club’s seemingly ruthless owners, Puel will need all hands on the deck.

The spotlight grew brighter on Elyounoussi after he scored Basel’s stunning equaliser against Manchester City in the Champions League. He has been one of their standout performers this season, having chipped in with 7 goals and 13 assists.

Such a player can work wonders for Leicester next season as they aim to do better. Had they played well from the beginning, the Foxes could have easily challenged for a top-six spot but that is something they should target next term.

To that end, Elyounoussi can certainly boost their chances. He has proven his mettle this season by playing a crucial role in Basel’s Champions League exploits and for a 23-year-old to establish himself in the toughest competition in Europe is no joke.

He might lack pace but Elyounoussi can trouble the defenders and he often thrives in one-on-one situations. His finishing skills are quite refined as well and all in all, this seems like a deal Leicester must pursue.