Straight up; I’ve said before that I think Jordan Hugill is one of the better centre-forwards in this division. It seems now that Leeds United are revisiting their interest in the Preston North End striker this month as their search for a striker continues – but only if the Lancashire club lessen their demands.

It is no secret that Hugill is keen on leaving Deepdale and has been for some time; in fact, he tried to force a move in the summer by handing in a transfer request which was denied. Preston rebuffed advances from Wolves and Reading, with bids of around £8million coming their way. The club is still keen to rake in more than £10m for the striker.

Leeds United have not really replaced former frontman Chris Wood, though the £15million they gathered from Burnley was on the back of the Kiwi netting 30 times at this level. While Hugill has not achieved such a feat yet, his all-round play is certainly more impressive than Wood’s.

Preston have now signed Louis Moult and a lot is expected of the former Motherwell forward, with his arrival sparking even stronger rumours that Preston will allow Hugill to leave.

Manager Alex Neil, however, has a different view, being adamant that Hugill is not for sale at all. Comments attributed to Neil include him saying that Preston “couldn’t” sell Hugill in the summer as they had no replacement for him, also saying that Louis Moult has been brought into the club to create competition for the centre-forward role. 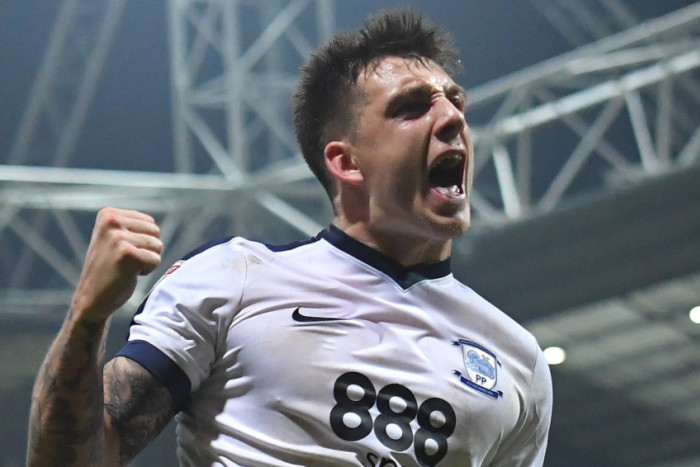 There are a couple of things wrong with such statements though and Neil should know that the football public is not necessarily all stupid.

Firstly completion is good from the manager’s point of view but that doesn’t mean Jordan Hugill has to be happy with that situation and, injuries and suspension aside, he will justifiably feel that he does not need to relinquish his position in the side for the new boy.

Secondly, Neil has rather made a blooper by admitting that Hugill wasn’t sold in the summer because there was no cover in the squad. Well, there is now and so if that was part of the board and the management’s reasoning for keeping Hugill against his wishes, then that reasoning has now shifted with the arrival of Moult.

Hugill is an improver; his average goal tally continues to improve season on season and his all-round centre-forward play is combative and more than competent to the point of being almost old-fashioned. He would make an excellent foil for Roofe and Alioski to name two and will get 10+ goals between now and April.