Why Liverpool should sign Mario Gotze from Borussia Dortmund

Liverpool were linked with German attacker Mario Gotze in the summer as manager Jurgen Klopp was, according to reports, interested in the player. The 26-year-old worked with Klopp at Borussia Dortmund when the club won Bundesliga titles and reached the Champions League final.

During this summer, Gotze mentioned his desire to work with his former manager. The German heaped loads of praise on Klopp, tagging him as a “world-class coach”. (Express)

When the Liverpool manager was asked in April, he had high regards for how Gotze has developed into a top player. He tipped the 26-year-old to rediscover the form that once made him Europe’s top talent. (Express)

The Reds had Lyon and French playmaker Nabil Fekir on their radar this summer. To add to that, they had the deal agreed with the Ligue 1 club. Had it not been for medical issues, Fekir would have become a Liverpool player this season. (Telegraph) 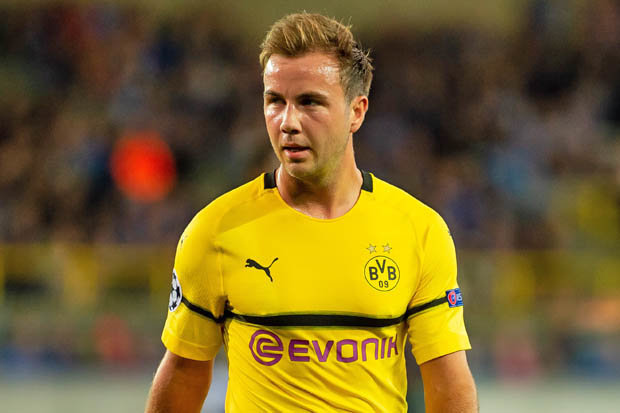 For that reason, the Merseyside club should look to sign Gotze either in January or next summer. The German is still a high-class player who can add extra creativity and threat to the attacking line. He knows what Klopp is all about as a manager, so it won’t take much time for the player to settle in.

Gotze fit for Liverpool under Klopp

The 26-year-old is a versatile player who can play anywhere across the front-line. This makes him a perfect player for a 4-3-3 system with freedom to the forward players, which is currently deployed at Liverpool.

The current front three of Sadio Mane, Roberto Firmino and Mohamed Salah are almost irreplaceable. However, if anyone gets injured, the balance of the team changes in the attacking department.

This is where someone like Gotze could come in and be an influential cover. Having worked with Klopp before, the German would be eager to take his opportunity and make it tough for the injured player to straightaway take his place back in the line-up.

Read More: Enough is enough: A loan move to Wigan in January could be ideal for this out of favour Liverpool starlet

Jurgen Klopp and Mario Gotze have had a very good relationship over the years. Liverpool needed one more creative attacking player, as evident from their pursuit of Fekir. Hence, it’d make sense for them to now go after Gotze in January or next summer.