Since the start of the season, Steven Gerrard’s Rangers have been performing well. The team reached the third qualifying round of the Europa League and recorded a 1-1 draw against Aberdeen in the Premiership. Gers are yet to lose a game this season, holding a record of two wins and three draws in all competitions so far.

However, one thing is clear. The Light Blues are in dire need of attacking reinforcements. Only once in those five matches have they managed more than one goal – in the 2-0 home victory over Macedonian outfit Shkupi. This was followed by a 0-0 draw in the reverse fixture, as well as 1-0 and 1-1 against Croatian side Osijek.

Taking a look at the squad, there are only three typical forwards in it. Alfredo Morelos and Jamie Murphy have been leading the line so far, while Umar Sadiq has been brought in on loan from Roma. However, another striker will be needed, especially if Rangers are to mount a serious title challenge and make some memorable progress in the European competition with 2018 Champions league betting odds in favour of Gerrard’s men to qualify for next season.

Rangers need a player to solve their attacking woes. Kyle Lafferty is being signalled out as the most likely option, but many remember that last year Gers were interested in Jamie Walker. They failed in their attempts to get him from Hearts, with the forward eventually ending up at Wigan. He is an option that Rangers must consider once again. 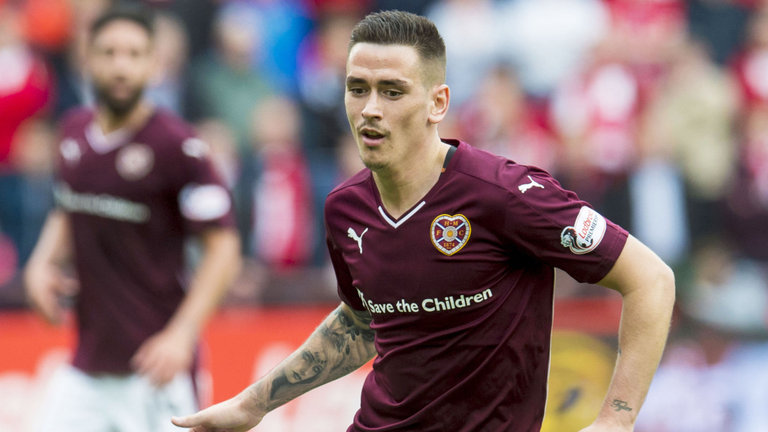 Recent times haven’t been great for Walker. He helped Hearts win the Scottish Championship in 2014/15 and earn a promotion to the Premiership. However, he featured only eight times last term as Wigan won the EFL League One.

Walker managed just a single start at the DW Stadium. The 25-year-old failed to score for Wigan, recording one assist, having scored just twice for Hearts in 16 appearances before his switch.

All in all, his career statistics aren’t too impressive. He has 213 matches to his name, with 44 goals and 42 assists. He scores once in every 324 minutes, which is one goal in almost 4 games. It’s clear that his record isn’t mesmerizing, to say the least.

Read More: Who is this £2.5m Rangers target who Gerrard opted not to sign? A mistake by the manager?

To be fair, Walker is a winger who can also play as an attacking midfielder. However, that’s not the type of player Rangers need urgently. While it’s true the Edinburgh-born player has plenty of experience in the Scottish top flight, the Gers need a typical, powerful striker, who can help them score more goals.

Gerrard has enough wide players at his disposal and should look to solve the striker situation first, before making moves for other footballers.