Why Anthony Limbombe will be an explosive signing for Huddersfield Town

Huddersfield Town have successfully retained their spot in the Premier League and manager David Wagner must aim to take the Terriers to the next level in the upcoming season. Huddersfield weren’t consistent enough last season, but the fact that they survived in the top-flight should be good enough for the club.

Wagner has already started his business in the market, signing the likes of Erik Durm, Terrence Kongolo, Ben Hamer and Ramadan Sobhi to bolster the squad.

However, it seems like the manager is not done with his shopping yet, as the club are now linked to signing Club Brugge winger Anthony Limbombe. Wagner is reportedly interested in signing the winger, who was impressive in the Belgian league last season.

Huddersfield are said to have reportedly tabled a £10million bid for the player. Wagner is also said to be interested in signing Monaco striker Adama Diakhaby for a reported £8million. Both players are quite talented and the manager must aim to complete a double swoop before the start of the new season. 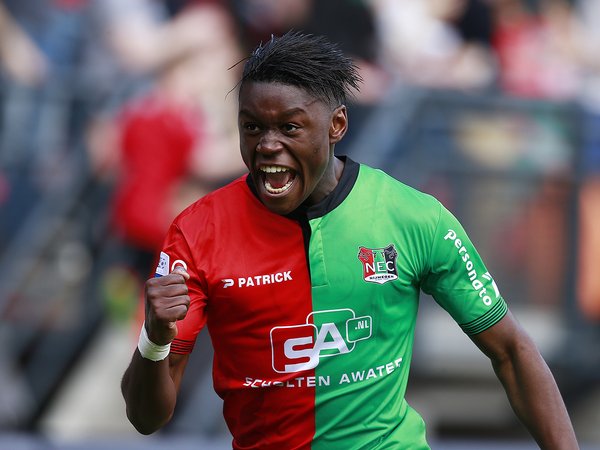 Limbombe made the move to Club Brugge after his impressive spell with Dutch outfit N.E.C., where he had scored 21 goals in 65 appearances. In 2016, the 24-year-old joined Club Brugge and has since gone on to make a total of 54 appearances for the club, scoring 6 goals in that time.

The player is said to be interested in a move away to boost his chances of making it into Roberto Martinez’s Belgium squad. The winger already has one cap to his name but he missed on making the cut for the Belgian squad that finished third in the World Cup at Russia.

Limbombe is generally deployed as a left-winger but is also capable of playing as a striker. He’s fast on the ball and often uses his dribbling attributes to get past players. The Belgian also possesses impressive set-piece abilities. He’s also an accurate passer of the ball, with excellent distribution qualities.

Read more: Why Huddersfield have bagged a coup by signing this World Cup winner – an ambitious move

He would provide considerable depth and cover for the likes of Laurent Depoitre, Steve Mounie, and Tom Ince. The Terriers’ attackers would certainly thrive off his presence in the final third.

The Belgian will be a great acquisition for Huddersfield Town. He will be influential while attacking and he could help them finish in the top-half of the table next season.