According to reports, Fulham are interested in signing Wolverhampton Wanderers forward Ivan Cavaleiro this summer.

The Cottagers reportedly have had a £12m bid for Cavaleiro turned down by fellow newly-promoted Premier League side Wolves.

The 24-year-old joined Wolves from Monaco for a then club record fee of £7m in 2016. Cavaleiro was one of Nuno Espirito Santo’s key men during Wolves’ title-winning Championship campaign last season, with the Portuguese scoring nine goals and providing 12 assists in 42 league games.

However, should Fulham come up with an improved offer after Wolves turned down their initial bid for Cavaleiro?

Fulham, who started the 2017/18 campaign slowly, enjoyed a late resurgence in form and defeated Aston Villa in the Championship play-off final to secure Premier League promotion. Fulham boss Slavisa Jokanovic has a really talented squad at his disposal but he needs to bring in new faces in the summer to survive in the highly competitive league.

The Serbian coach is eager to add to his attacking firepower and Wolves’ Cavaleiro fits the bill. The 24-year-old has thus far made 77 appearances in all competitions for the West Midlands club, scoring 14 times and providing 18 assists. But Cavaleiro is not just about goals and assists as his work-ethic and tenacity is second to none.

Fulham have the left wing sorted due to the presence of their hotshot Ryan Sessegnon, who enjoyed a breakthrough campaign last season and contributed to the team’s cause with plenty of goals and assists. But the Cottagers should look to add competition to the likes of Lucas Piazon and Aboubakar Kamara, with the former having returned to Chelsea following the end of his loan spell.

While Fulham are working on a deal to sign Piazon permanently from Chelsea, they certainly need another attacking presence in their ranks. In Cavaleiro, Jokanovic would get a versatile player, who is capable of playing out wide and also lead the attack. 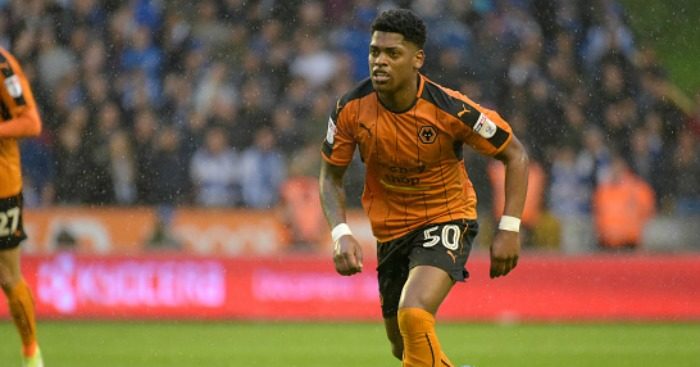 The Portuguese is incredibly nippy and he plays with a certain kind of directness which would undoubtedly help to add another dimension to the Cottagers’ play in the final third.

Fulham need a player who can consistently score and provide assists in the Premier League next season. And Cavaleiro, who has been capped twice by Portugal, would bring a lot of pace and freshness to Fulham’s attack. His direct play and incisive runs behind the defenders could make him a valuable player for Jokanovic’s side.

Read more: Why Newcastle over Fulham could be the ideal destination for this 11-goal African star

Wolves are seemingly not eager to sell one of their prized assets to a direct rival and hence rejected Fulham’s bid for Cavaleiro. But the Cottagers must not lose heart and should make an improved offer for the attacker. And should the Londoners succeed in poaching Cavaleiro, he could turn out to be a signing of real significance for Jokanovic’s team.