As per reports, Tom Cairney has agreed on a new five-year deal with Fulham, which keeps the midfielder at Craven Cottage until 2023.

Fulham will be hoping to establish themselves in the Premier League now and they will need their best players in order to do that. So the news of Cairney staying is a massive boost to the whole club.

Cairney has enjoyed a wonderful few years at Craven Cottage, becoming one of the hottest properties in the Championship but those performances led to transfer rumours in January and also after Fulham’s promotion to the top-flight. But the Scot has now quashed all rumours of a move to West Ham after deciding to commit his future at Craven Cottage.

The 27-year-old has become Fulham through and through, establishing himself as a fan favourite at Craven Cottage. He joined Fulham from Blackburn Rovers in 2015, particularly at a precarious time of the club’s Championship stay. 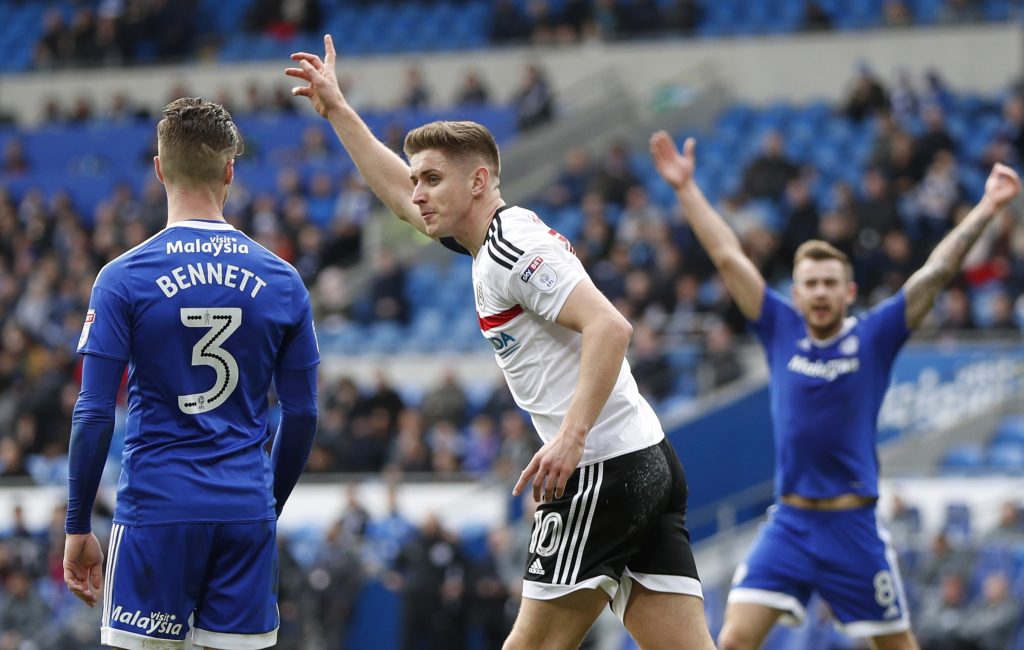 Cairney was one of the very few shining lights in Fulham’s narrow escape from relegation to League One Football in the 2015/16 campaign. And after securing the club’s status in the Championship, Cairney could have moved on but he stayed at Fulham, believing in the club’s project.

Little did Cairney know Fulham would make giant leaps under Slavisa Jokanovic. Not only was he fantastic throughout the Championship campaign but also led the team from the front by being the skipper, scoring the winning goal in the play-off final and writing his name in Fulham folklore.

One of the top talents in English football, Cairney is an all-action midfielder who dictates the tempo of the game with his crisp passing and crossing abilities. He works hard in retaining possession, finishes off chances in a blink of an eye and never shies away from flying for a tackle.

He is creative and industrious, and is someone who doesn’t know to give less than 100% for his team every single time.

Fulham supporters may have been frustrated with the lack of summer signings, particularly after looking at fellow promoted sides Cardiff City and Wolverhampton Wanderers spending freely. The Cottagers generally have the mantra of leaving their business late and extract the best possible deal.

While Jokanovic’s side are yet to open their account this summer, Fulham fans have at least got a reason to celebrate following Cairney’s long-term commitment to the club. He is working at the peak of his powers and undoubtedly loves Fulham, which makes him such a crucial player going into the new season.

Read more: Do it Jokanovic – Fulham must go on and test Celtic’s resolve to land this World Cup star on the cheap

Frustration amongst the Fulham fans is understandable but they must rejoice the fact that their skipper is staying put at the club. Fulham are yet to sign a player in the ongoing transfer market but they have bagged the deal of the summer by securing Cairney’s future.