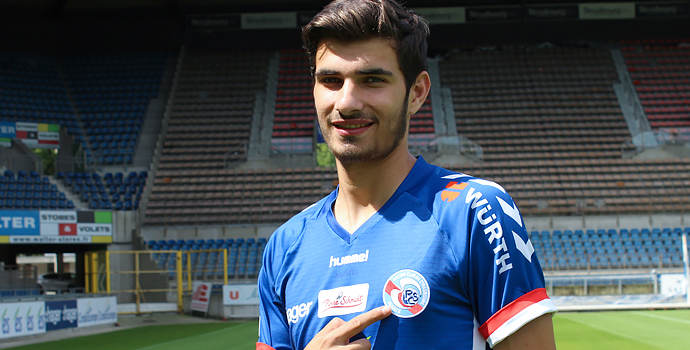 Everton are reportedly interested in a January move for Martin Terrier, who currently plays as a forward for Strasbourg on loan from Lille. The France U21 star has attracted attention from a lot of clubs owing to his blistering performances in front of the goal and the Toffees are understood to be keen on bringing him to the Premier League. The young star became quite popular after his sensational goal against Bordeaux in December and it will be interesting to see if Sam Allardyce can land his man.

A naturally energetic and attack-oriented player, Terrier boasts of supreme pace and creativity. He can play across a variety of attacking roles and he could prove to be a real game-changer with his versatility. At present, Everton have Dominic Calvert-Lewin, who is a similar player and there is no doubt that Terrier will be a valuable long-term addition. However, if he did complete the move to the Merseyside club, the player may have to forego regular football.

The Toffees have already signed Cenk Tosun and Theo Walcott as well. By doing so, Allardyce will have the luxury of increased squad depth in terms of his attacking options. Ever since Romelu Lukaku left Goodison Park to join Manchester United, Everton have struggled in that department. Hence, these additions in the January window will massively help in that regard. 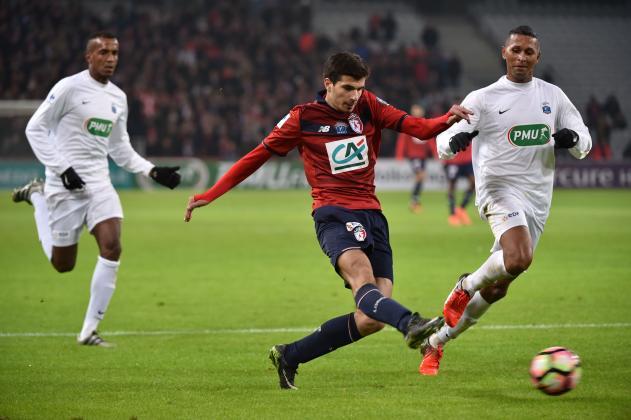 Having said that, it may not be the best move for Terrier to join Everton right now. At Strasbourg, he is able to play regularly and garner experience. At 20 years of age, not many players can boast of doing that and nothing can help develop a youngster more than regular game time.

Moreover, moving to a foreign league would mean that he will have to start from the very beginning and work his way up. When he already has first-team opportunities with Strasbourg, it honestly makes no sense for him to uproot everything and move to a foreign club where he may or may not receive adequate time on the field.

As far as Everton are concerned, perhaps they should focus on signing some defenders instead. Terrier is undoubtedly a spectacular prospect but Allardyce is likely to have his hands tied, with the likes of Tosun and Walcott already at the club, thus making it seem unnecessary for Everton to sign the 20-year-old.

For him now, the best thing would be to stay where he is and focus on his development. The Premier League always has its door open for talent and a move for him would make sense maybe in a year or two.