According to reports, Everton are interested in signing Sheffield Wednesday‘s young striker George Hirst in the summer.

The starlet, whose present contract with the Owls is set to expire at the end of this month, is yet to sign a new deal with the club, having barely featured for the first team last season.

However, Hirst has been in hot goalscoring form for Sheffield Wednesday’s youth teams as well as being a regular at international level for England Under-20s. His impressive form has caught the attention of Everton, who face competition for his signature from Manchester United.

Hirst is one of the most exciting young forwards in England, having scored over 40 goals last season for the youth teams of Wednesday and England. Everton, who won the Premier League 2 title last season, should look to add Hirst in their youth set-up, with Under-23 manager David Unsworth having watched the 19-year-old on numerous occasions. 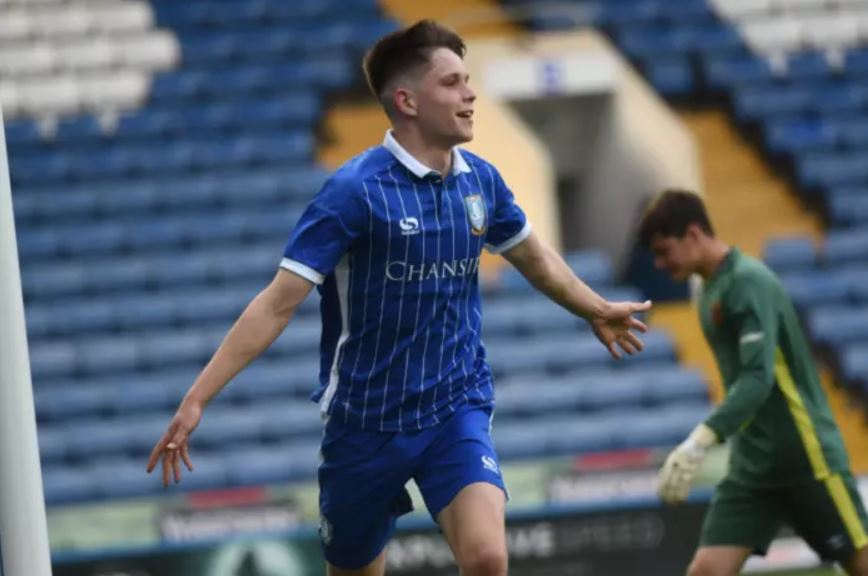 Seeing the likes of Mason Holgate, Jonjoe Kenny and Dominic Calvert-Lewin establish themselves in the Everton first team squad, Hirst should make a move to Goodison Park if the Merseysiders come calling in the summer.

An out and out centre-forward, Hirst has gradually developed all the attributes needed for a striker to succeed at a higher level. The tall teenager is dominant in the air and also possesses decent pace to make intelligent runs behind the opposition defence. Strong and powerful, the youngster has the ability to shield the ball well and bring his teammates into the game.

Besides being physical, Hirst is also an intelligent striker with a good reading of the game. The Sheffield Wednesday starlet knows to take up smart positions and has the anticipation level of a seasoned campaigner. An excellent finisher with either foot, he shows great composure in front of goal and would only get better with age and maturity.

Hirst has been prolific at Under-23 level but he has struggled to break into the first team squad at Sheffield Wednesday. He has the potential to play first-team football but needs the right manager, who can trust him and give him regular opportunities to display his talents.

The Toffees have a reputed youth academy with players such as Wayne Rooney, Ross Barkley, Tom Davies, Dominic Calvert-Lewin coming through the ranks at Goodison Park.

Everton does have a richly-packed conveyor belt of young talents coming through their academy and adding Hirst would prove to be a big coup for the Merseyside club. With proper guidance and coaching, the 19-year-old can become a top professional. He is a sublime talent and the Toffees must sign him in the summer.