Why Derby County should beat off competition to sign Uche Ikpeazu

According to a report in Derby Telegraph, Derby County are among a host of clubs that are interested in signing Hearts striker Uche Ikpeazu in the future.

Along with the Rams, Championships rivals Wigan Athletic and Bristol City are in the race to sign the player. Queens Park Rangers also have an interest in him. (h/t Derby Telegraph)

Ikpeazu is originally a Reading academy product but he then moved to Watford and Cambridge United. He eventually joined Hearts in the summer of 2018 on a free transfer. 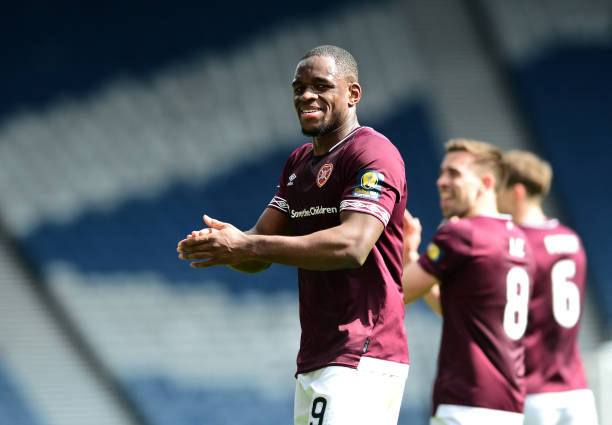 The 24-year-old’s current contract runs till the summer of 2022 with the Scottish side, having signed an extension back in March of this year. He has made a decent start to this campaign with two goals and two assists in 11 games in all competitions.

Here’s why Derby should beat others to sign him in the January transfer window:

Uche Ikpeazu is a talented centre-forward and has developed himself into a good goalscorer over the past 12-18 months. He has played the role of a support striker and operated on either wing in the past as well.

The 24-year-old is a solid dribbler of the ball while physically strong. He often takes right decisions in the final third and can shoot with accuracy.

Derby County have been impressive going forward so far, having scored 15 goals in 11 league games. However, they could do with more firepower in their forward line, given that they are weak at the back due to the long-term absence of captain Richard Keogh. 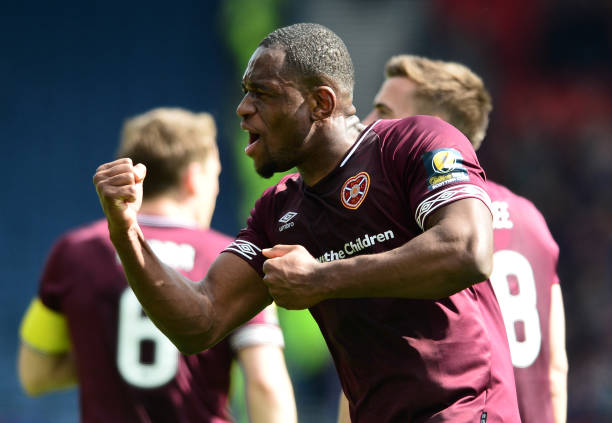 They would really do well with the Hearts striker in their team from January onwards.

Therefore, the Rams shouldn’t hesitate to take the lead and sign Uche Ikpeazu.