Tottenham Hotspur have been on a steady development since the appointment of Mauricio Pochettino as their manager in 2014. The Argentine has been the architect behind the club finishing in the top four for a third successive season.

It isn’t an ordinary thing and deserves huge respect. So it made sense for Spurs chairman Daniel Levy to first secure Pochettino’s future before moving on to the players.

After Pochettino signed a new five-year deal with Tottenham, the club smashed their wage structure by rewarding Harry Kane with a bumper six-year contract for his remarkable achievements. This has indeed set a new ceiling that will redefine the club heading into a new era.

And now, Spurs are taking another step in the right direction by offering a new deal worth £100,000-per-week to Dele Alli. As per reports, Alli is the next star to sign a new long-term contract, with Spurs also working on deals to secure the futures of Christian Eriksen, Jan Vertonghen, Eric Dier, Son Heung-Min and Kieran Trippier before next season. 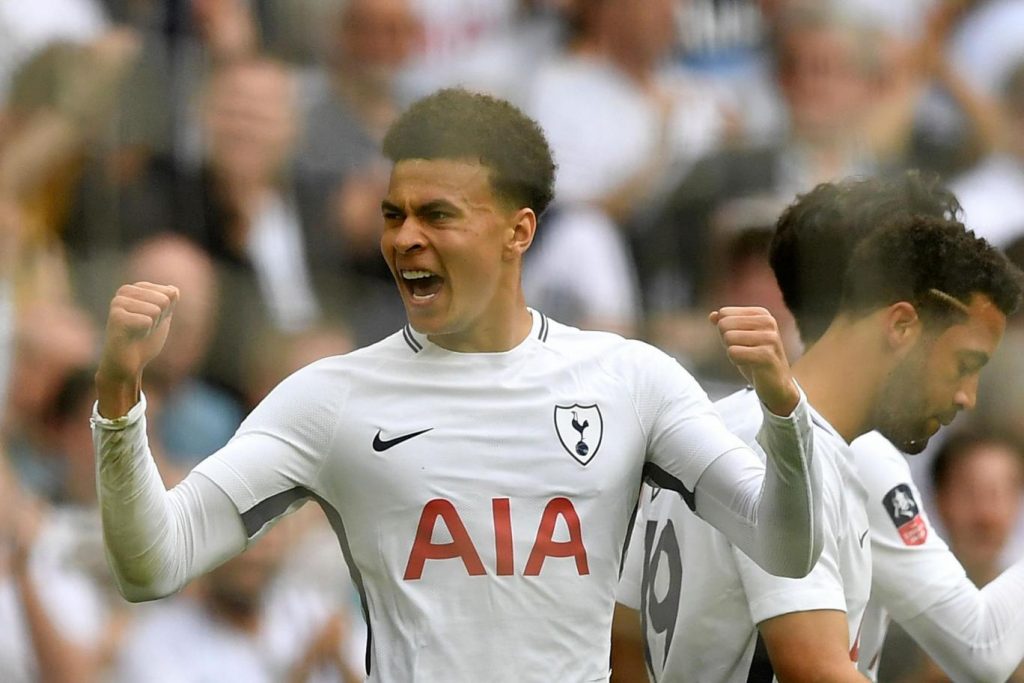 Alli, 22, joined Spurs from league two outfit MK Dons three summers ago and has gone on to become an extremely integral of Tottenham under Pochettino. Even though his potential was spotted early at MK Dons, he has improved in leaps and bounds since moving to Spurs.

The youngster was not at his imperious best this past season as he failed to hit the lofty heights of the 2016/17 campaign. But he still managed nine goals and 10 assists in the Premier League as Spurs finished third.

Since joining Spurs in 2015, Alli has established himself as one of the brightest young prospects in football. He has become an indispensable figure for Spurs with his consistent supply of goals and assists. Granted, he can be frustrating at times but he is very young and still on a learning curve.

Alli is not only a goal-scoring midfielder but also a player, whose work-ethic and movement is so crucial which in turn makes Spurs’ team a treat to watch.

However, he has a very poor disciplinary record. Alli has been at the centre of a number of controversies for both club and country in the past two years but he has been lucky to escape punishment on several occasions.

These are the negative facets of Alli’s game which he needs to iron out if he wants to become a world-class attacker. The England international can go onto achieve anything if he maintains his discipline and brings consistency to his game.

Tying up Pochettino and Kane to long-term contracts and offering a bumper deal to Alli points to exciting times for Tottenham and their fans.