Why Crystal Palace will miss Ruben Loftus-Cheek this season

As per a report from The Independent, Crystal Palace manager Roy Hodgson has admitted that his club tried everything possible to bring back Chelsea midfielder Ruben Loftus-Cheek this summer.

Crystal Palace had Loftus-Cheek on loan for the entirety of last season. And the midfielder was quite impressive throughout the campaign, chipping in with two goals and four assists in 24 Premier League outings.

As a result, the 22-year-old midfielder was included in Gareth Southgate’s England squad for the recent World Cup in Russia.

In September 2017, Hodgson took over a Palace side that had lost its first four matches, hadn’t scored a single goal and were firmly rooted at the bottom of the Premier League table.

By the end of the season, however, the veteran Englishman had guided Palace to safety. Credit to Hodgson, as he not only steadied the ship but also succeeded in extracting the best out of every player this past season.

One of the players to shine under Hodgson was Loftus-Cheek. And while Palace have brought in Max Meyer and Cheikhou Kouyate, the Chelsea starlet’s addition could have undeniably made Palace stronger.

With James McArthur not getting any younger, Palace desperately need a midfielder who can act as an advanced playmaker. To that end, Loftus-Cheek could have been a resourceful player for the Eagles this season. The fact that he was injured for two months last season and still managed to secure a spot in the England national team, speaks volumes about his overall quality.

Standing at 6ft 3in, Loftus-Cheek combines a burly frame with excellent technique, dribbling ability and vision. A powerful and robust midfielder by trade, the England international was a firm favourite at Selhurst Park last season. 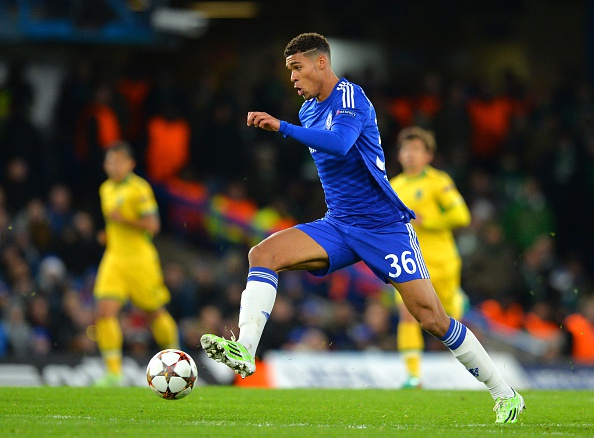 Loftus-Cheek possesses the ability to dribble past defenders with ease and maintain possession in all situations. His driving runs and the energy makes him an exciting player to watch and on his day, the 22-year-old is devastating to deal with.

Max Meyer, signed on a free transfer from Schalke, could fill the void left by Yohan Cabaye. However, since it is the German’s first season in England, he might take time to adapt to the Premier League. Although Palace secured a coup by signing Meyer, Loftus-Cheek could have added greater power to the club’s midfield department.

It remains to be seen how things pan out for Hodgson and his men. However, they will certainly miss Loftus-Cheek’s energy, drive and technical abilities in the middle of the park.