As per reports, Derby County are interested in signing Hibernian midfielder John McGinn but face competition from Celtic and Birmingham City.

Lampard is yet to kick-start his summer spending at Pride Park and a move for McGinn would be an ideal beginning for the Rams ahead of the next season.

McGinn, 23, is arguably one of the finest midfield talents in the Scottish Premiership, having enjoyed a superb first season in the top-flight last term, following Hibernian’s promotion in 2017.

The midfielder contributed with five goals and two assists in 35 league games as Hibernian finished fourth in the Scottish Premiership, just three points behind third-placed Rangers.

Lampard, who replaced Gary Rowett at Derby, should look to bring in reinforcements to challenge for a top-six finish next season. He has a good squad at his disposal but it is not enough if the Rams are to secure promotion to the Premier League. One area the Derby boss should prioritise improving this summer is the midfield.

McGinn would be an exciting signing for Derby. An energetic box-to-box midfielder, McGinn is predominantly left-footed and always looks to get forward to support the attacking players. He is always looking for a forward pass and has the ability to run with the ball through the middle of the park.

The Scot, who possesses the energy to run around the pitch for the entire game without getting tired, relies on pace and direct approach. He is creative, industrious and a technically-gifted player, whose passing and crossing abilities are crisp. 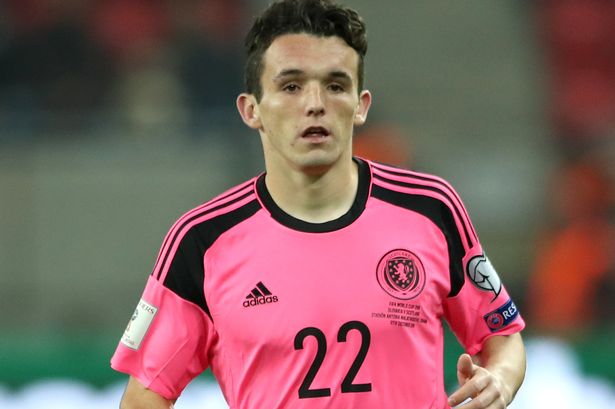 McGinn is a strong runner with the ball and is also defensively diligent. He is a fighter, who always gives his 100% on the pitch. He is vocal, assertive, impactful and never shies away from flying into a tackle.  Also, he is a set-piece specialist. McGinn has all the talents to take the Championship football by storm.

The Championship is one of the most competitive leagues in the world, thus making it a perfect breeding ground for a player of McGinn’s talents and skill-set. Although the Scottish ace is not a complete package yet, the 23-year-old has a lot of time to develop his game in order to become a top midfield player.

Combative, disciplined, energetic and a goal-threat, McGinn would represent a coup for Lampard’s Derby.