Savic could resurrect Chelsea under Sarri

Chelsea will be aiming to get back into the top-4 after hiring new manager Maurizio Sarri to end the club’s slump. The manager’s highly anticipated move to London was completed last week, with Sarri subsequently bringing in Napoli midfielder Jorginho to the Bridge as well. The midfielder was signed for a reported fee of around £57million.

Sarri now has another two weeks to complete his shopping before the transfer window shuts on 9th August. Chelsea have been linked with Lazio midfielder Sergej Milinkovic Savic over the last few days.

The Blues are reportedly interested in prizing away the Serbian from the Italian outfit. New manager Sarri could use his Italian prowess to lure the player to the Bridge. Reports suggest the Lazio man is also interested in making the move to London.

A number of Chelsea players have been linked with exits from the club, which means Sarri is going to have to bring in reinforcements. Hazard, Willian, and Courtois have all been linked with moves away from Chelsea but Sarri is confident in keeping hold of them. 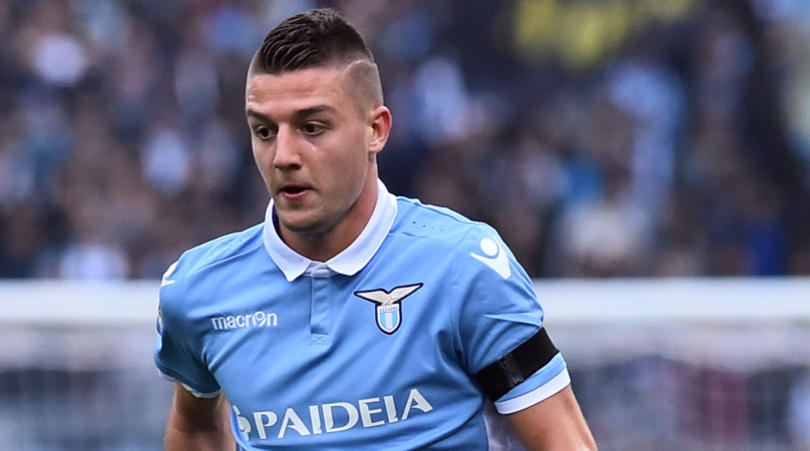 Savic made the move to Serie A in 2015 after impressing for Belgian outfit Genk. He has since gone on to make 94 appearances for the Italian club, scoring a total of 17 goals. Savic’s impressive performances for the club saw him earn a spot in Serbia’s national team that competed in Russia for the World Cup.

He made a total of 35 appearances in the Serie A last season, scoring 12 goals and providing 3 assists. Savic is generally deployed as a central attacking midfielder. He brings a sense of stability in the middle of the park and the midfielder uses his vision and creativity to pull the strings in midfield. He has become a crucial member of the Lazio squad over the last few years.

Savic is very strong in the air, often posing a huge aerial threat from set-pieces. The midfielder is also capable of scoring the occasional long-rangers. He boasted an average of 2.6 shots per game last season. He also possesses excellent distribution in the middle of the park. Savic was also impressive for his country in Russia, making a total of 3 appearances.

The likes of Morata, Batshuayi and Giroud will thrive off the Serbian’s supply. Chelsea signed Ross Barkley in January but the midfielder has so far failed to make an impact in the squad. Sarri should bring in Savic to take his place in the team. The Serbian will provide added depth and cover should one of the midfielders decide to leave Chelsea. Sarri doesn’t have a lot of time and should be quick if he intends to sign the highly rated Serbian.