As per reports, Chelsea are lining up a move for Dinamo Zagreb defender Filip Benkovic. The 20-year-old has been in Zagreb’s first-team for three seasons, making over 50 appearances. Benkovic, who has a contract with the Croatian club until 2020, will cost around £25m-30m.

The Premier League giants are yet to complete any transfer business this summer amidst constant speculation regarding the managerial position at the club.

Current boss Antonio Conte is expected to leave after his team finished 5th last season, missing out on a spot in the Champions League. Conte is rumoured to be replaced with fellow Italian Maurizio Sarri, who was sacked by Napoli in May.

Once the managerial position is resolved, Chelsea’s potential transfers will finally come under fruition. But the Blues must not wait and sign Benkovic as quickly as possible.

The Blues’ need for a central defender is quite apparent. Although Chelsea have numerous defensive options, most of them struggled to make an impact last term. Andreas Christensen had an excellent season with the Blues and so did Cesar Azpilicueta. However, the likes of Gary Cahill and David Luiz were rather underwhelming, while Antonio Rudiger is expected to come good this season.

Whoever is Chelsea’s manager next term, must ensure that the likes of Cahill and Luiz are offloaded this summer. The Blues need a young, dynamic player to partner Christensen in central defence. And in that case, Benkovic would be an ideal fit at Stamford Bridge. 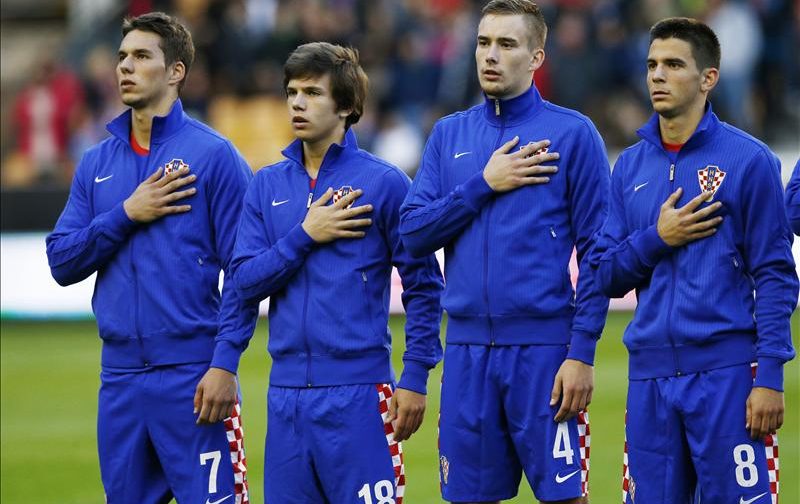 Benkovic made 30 appearances for Dinamo Zagreb last season. An out and out centre-back, the 20-year-old is quick on the ground and remains composed on the ball.

At 6ft 4in, physicality and power remain Benkovic’s main strengths. Due to his tall frame, he can easily shrug off players and is a huge asset while defending set-pieces.

In fact, he is a major threat in the opposition boxes as well. The U21 Croatian international is a great reader of the game and has ample experience in domestic as well as European football.

Read more: Why Chelsea letting go of their world-class beast for £100m could be the biggest disaster in recent times

A strong tackler with tactical awareness, understanding and athleticism, Benkovic is one of Croatia’s most promising stars and is destined for a bright future. Chelsea cannot afford to let go of the towering Croat and they must sign him this summer, regardless of whether Conte stays or not.