Chelsea need to overcome another obstacle this season, which is to make sure their top players stay at the Bridge in case of their failure to qualify for next season’s Champions League. One of them, Marcos Alonso, has attracted the big boys of Europe, Barcelona and Real Madrid. The latter are aiming for a squad overhaul, following a stuttering title defence.

Marcos Alonso, who currently earns £50,000-a-week at Stamford Bridge, has scored 7 goals this season, 6 in the league. He also has three assists to his name and is the PL’s top scoring defender for the season. He always seems to find space down the left-hand side, draws fullbacks away and allows wingers like Hazard and Willian to take it forward.

The 27-year-old makes lethal forward runs, enjoys many touches in the opposition box and strikes them with venom. At times, his movement into the box is noteworthy. He possesses fine crossing technique and keeps hold of the ball well, by playing to his strengths and knowing exactly when to put the foot on the pedal. Also to add, his free-kicks from the right-hand side of the pitch have now become a tradition at Stamford Bridge, as he is preferred over geniuses like Fabregas and Willian in that zone.

Defensively, his job is to track runs that are made into the far post area. He clears the ball often, plays it safe and intercepts passes convincingly. In the air, he is fantastic. 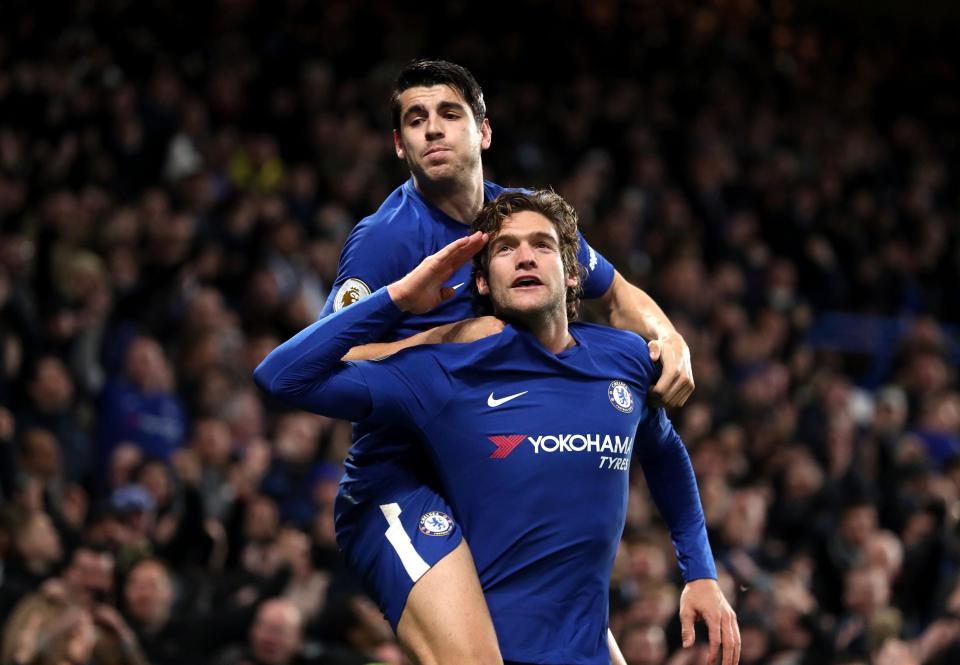 Why Should Chelsea Hold On To Him?

Undoubtedly and obviously, Marcos Alonso has been one of Chelsea’s most distinguished performers since his arrival in 2016. Against all odds, he stepped up for Antonio Conte, who reverted his system to a 3-4-3 setup and trusted Alonso at left wing-back.

From being a reject at bottom club Sunderland, he turned it all around to become the best left-back in England and help the Blues win their second title in three years. In the attacking sense, Alonso is one beast to have. Chelsea should hold on to him simply because he is one of the best in the business at the moment, and has served the right purpose within the right formation and style of play.

Also, the quality in the Chelsea ranks has dropped this season drastically, as they have been far from threatening in both domestic and European competitions. If they have to challenge for the title next year, they will need to keep hold of important, consistent players like Hazard, Kante and Alonso. For example, they have missed Matic on a whole new level because Bakayoko, Drinkwater and Barkley have failed to deliver and live up to expectations.