Why Celtic must revive interest in Moritz Bauer in January

Scottish giants Celtic made enquiries about the availability of Stoke City full-back Moritz Bauer in the summer transfer window, reports the Daily Mail.

Bauer, 26, joined Stoke City in January for £5m, signing a five-year deal. The full-back was relegated from the Premier League with Stoke last season, but he made a positive impact on the side following his move to England.

Despite the Potters suffering relegation, Bauer has decided to stay put at Bet365 stadium and fight for the team in the Championship. However, he has not made the best start to the season in the Championship and currently faces a tough task to break into Gary Rowett’s starting XI.

Bauer has made just two league starts this season under Rowett and was left out this weekend as he played in an Under-23 game against Aston Villa on Friday night. With the Swiss-born Austrian international struggling for game time, should Rodgers revive his interest in the player this January?

No second thoughts on it as Bauer could be a top acquisition for Celtic. Brendan Rodgers’ side have made an underwhelming start to the new season and the Bhoys’ slip up against St. Mirren combined with Rangers’ big victory over Dundee means the gap between the two clubs is just two points in the table.

To compete on all fronts, Rodgers would need a couple of fresh additions in January after Celtic failed to strengthen their squad enough in summer. Keeping that in mind, Rodgers must make a move for Bauer in the winter transfer window.

Mikael Lustig will soon be out of contract at the Parkhead, while Cristian Gamboa still remains some way short of a starting berth under Rodgers. While Gamboa remains a solid option as a backup right-back, Bauer could be the ideal player to replace Lustig.

Moritz Bauer is a full-back who is renowned for being a pacey and energetic player that loves to attack down the right flank, something that would surely make him a hit at Celtic. He is a right-sided flyer with explosive pace to burn and energy to bomb up and down throughout the course of a game. 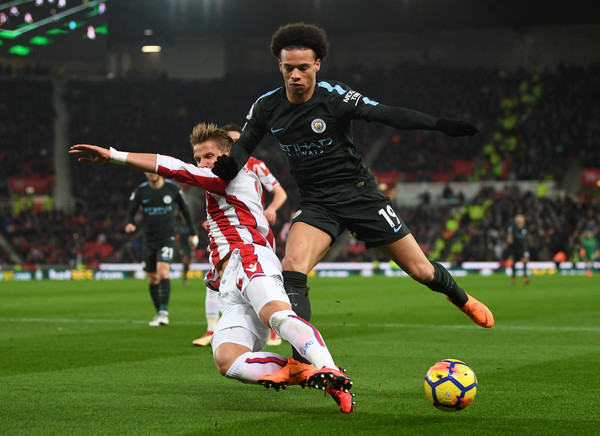 He can also play as a winger due to his attacking traits and is a tenacious player who doesn’t give less than 100% on the pitch. The former Ruben Kazan man is also a mean defensive machine, with his aggressive style of play that makes it very hard for the opponents to get past him.

Bauer is often seen making marauding runs to the other end of the field before whipping in crosses for the forwards to feast upon inside the box.

Read more: Enough is enough: After just 83 minutes of action, Celtic would be wise to offload this experienced flop

Bauer signed a new five-year contract with Stoke this summer but his future remains far from settled. Celtic must surely test Stoke’s resolve in January as Bauer could be the type of addition that would boost their chances of successfully defending the Scottish Premiership title.