As per reports, Premier League newbies Cardiff City have agreed to a loan deal in principle with Liverpool for Marko Grujic.

Grujic, 22, joined Cardiff on loan in January and helped the club win promotion last season as he made 14 appearances under Neil Warnock, scoring a goal. After thriving last season at South Wales, Warnock is keen to get the signature of the Serbian ace on a year’s loan as he prepares to build a squad capable of sustaining in the Premier League.

Since joining Liverpool from Serbian side Red Star Belgrade in 2016, Grujic, who was a part of the Serbian squad that travelled to the World Cup in Russia, has featured just 14 times under Jurgen Klopp. The German gaffer is reportedly a big admirer of the 22-year-old but is willing to see him continue his development at Cardiff. So as things stand, the one-year loan deal would be ideal for all the parties involved. 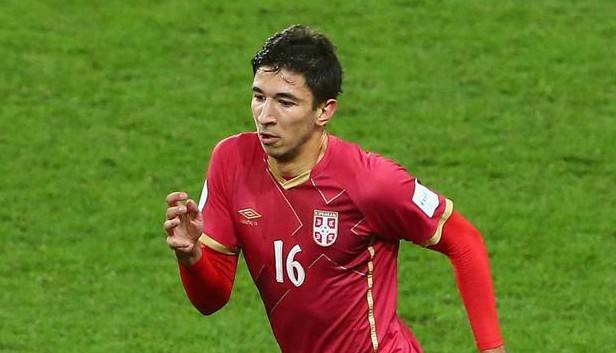 Grujic has seen his development stall at Anfield since joining the club in 2016, enjoying very little game time last season due to the presence of experienced midfielders like Jordan Henderson, James Milner, Alex Oxlade-Chamberlain and Georginio Wijnaldum. That prompted Grujic to seek a January exit and join Warnock’s Cardiff, where he managed to impress in a six-month spell.

The move certainly paid off, with him featuring 14 times as his loan side earned promotion to the Premier League through a second-place finish, winning 9 of the league games he played in, losing only once. The 22-year-old’s good run of form caught the attention of Serbia manager Mladen Krstajic then and Grujic was named in this summer’s Serbian World Cup squad, although he failed to make an appearance in Russia.

Standing at 6ft 3in, Grujic is a tall central midfielder with good passing and crossing skills. He is very calm and composed on the ball, capable of playing that killer pass. The Serbian is industrious, aerially strong and is an intelligent player who will be able to play with freedom under Warnock next season.

Having already spent a good amount of money on four permanent signings so far, there’s no doubt a loan swoop for Grujic would financially be the best as far as Warnock’s Cardiff are concerned.

At 22, Grujic needs regular football to continue his development. With competition for places in the Liverpool midfield being fierce, it makes sense for Klopp to send Grujic back to Cardiff on loan. Playing regular competitive football in the Premier League is only going to help the Serbian midfielder.