According to reports, Burnley and West Ham are competing for the signature of Senegal international Moussa Konate.

Konate, 25, hit 13 league goals for Amiens last term to help the club finish their debut Ligue 1 season in the 13th spot. His good form for the French club did earn him a place in the Senegal squad for the World Cup in Russia.

The Senegalese, who is rated at £8m, came off the bench to help his nation to a 2-1 victory over Poland on Tuesday. After a fine season in France, it is no surprise that teams are interested in him, with Burnley and West Ham set to fight for his signature.

While West Ham remain keen on Konate, Burnley, in fact, should intensify their efforts in signing him from Amiens as they can offer him the prospect of Europa League football, following their seventh-place Premier League finish last month. 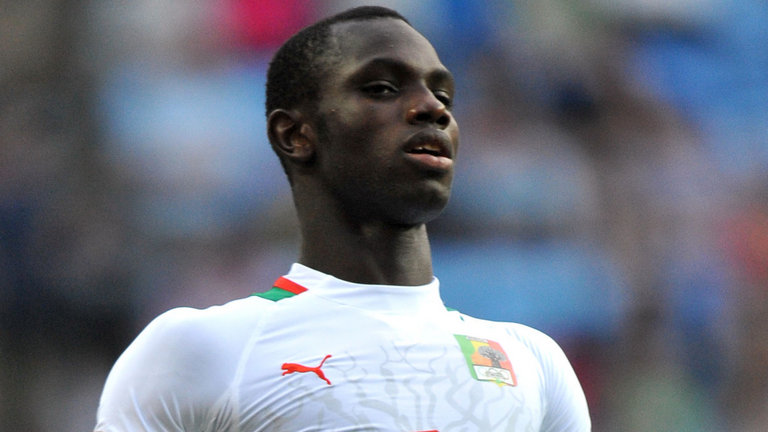 The Clarets’ attack was led by the likes of Ashley Barnes and Chris Wood this past term and while they worked well in tandem, Sean Dyche’s team certainly need more firepower up front next season. Also, Dyche should fill the void created by the departure of Scott Arfield to Rangers. So, signing a player of Konate’s qualities could be ideal for Burnley.

At Sion, the 25-year-old hit 50 goals in 115 games which tempted Amiens to make a move for him. And the move worked wonders as Konate netted 14 times in all competitions for the French club, helping them maintain their Ligue 1 status in their debut season in the top-flight.

Industrious, intelligent and instinctive, Konate is an exciting striker with explosive pace and ice-cool composure in front of goal. The Senegalese is a versatile forward capable of playing on either wing or as a central striker.

Konate is a strong No.9 in a traditional sense, a little like Andy Carroll but with more pace and mobility. He is strong, powerful and dominant in the air with a giant leap and excellent timing which allows him to score powerful headers. The Senegalese powerhouse is also dangerous going forward and knows to use his aerial prowess to very good effect.

A striker with explosive pace and impressive finishing, Konate has also scored 10 times in 28 appearances for Senegal. Moreover, his work-rate off the ball is fantastic; something which should captivate Dyche to go all out for him this summer.

As West Ham are also interested in the Amiens striker, Burnley must act swiftly to sign the talented Konate. At £8m, the Senegal international would represent a coup for the Clarets as Dyche prepares his side for next season.