Go for it Moyes: Why West Ham could strike gold with the signing of Adama Traore

West Ham United favourite Michail Antonio’s groin injury continues to plague him this season and as that situation lingers on, David Moyes has to consider adding more quality to his squad in this sort of position. If the injury turns out to be more serious than expected, Moyes will have to sign a replacement and he has made no secret of the fact that he is prepared to do that.

West Ham have in the past made enquiries about 21-year-old Malian/Spaniard Adama Traore, with the former Barcelona winger now playing at Championship side Middlesbrough. With Tony Pulis looking to trim some of the fat at the Riverside Stadium and perhaps seeing Traore as a bit of a luxury player, West Ham are looking to reopen talks with Boro between now and transfer deadline day.

Given his extravagant style and extreme pace, Traore is the type of player who crops up in rumour sections of many a club’s unofficial websites.

The lingering criticism of Traore is that, despite his exciting dribbling and athleticism, he lacks a final ball and gets precious little in the way of goals, which is something levelled at the likes of Aaron Lennon over the years, though that doesn’t mean he can’t play at Premier League level.

Although he looks like a player who can still attract interest at the top level given that his pace alone can worry defences into mistakes, it is remarkable to note that he has not scored a competitive goal for Middlesbrough in 39 appearances. 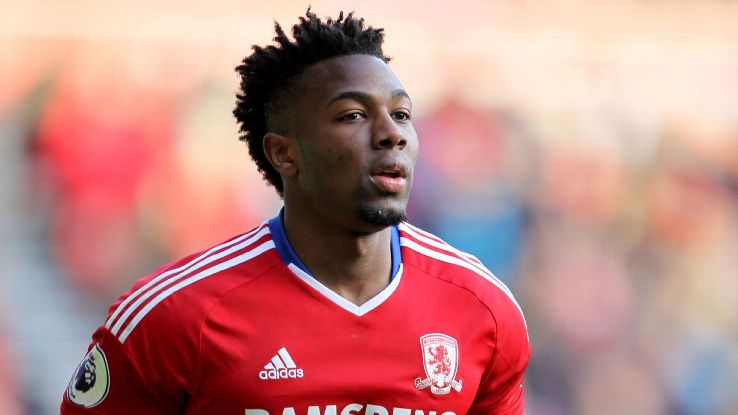 However, his sort of performance can’t be measured by the same stats as other forwards. He may not get the goals himself or even be credited with a lot of assists (2 in 15 games this season) but his style of running with the ball creates a lot of space for others to run into.

Should David Moyes be able to tempt Middlesbrough into selling, I’d say they should definitely go for it. Even taking into account the space he creates in defences, Traore’s own final ball and finishing can only get better and that must be kept in mind.

If he is valuable at the moment without scoring a single goal, imagine what he’ll be worth if and when he does add goals to his game. West Ham are near the bottom for a reason and, like all teams at that end of the table, need to remember that it’s not simply defensive mistakes that keep them down there but a lack of creativity too. Traore addresses that immediately.