Danny Graham has signed a new one year contract with Blackburn, the club announced. The news comes as a major boost for Rovers and their fans ahead of the 2018/19 season.

Blackburn has been experiencing problems in recent years, with the Lancashire club going as far down as League One. However, after a strong campaign last term under the guidance of Tony Mowbray, Blackburn secured promotion back to the Championship after a 12-month absence.

While Bradley Dack was the big hero for Blackburn with his 18 goals last season, Graham’s contributions should not be ignored. He wasn’t a first-team regular at the start of the 2017/18 campaign but Graham gradually showed that he deserved more playing time.

When Mowbray put his faith in him, the striker repaid his manager big time. The 32-year-old forward netted 14 goals in League One, adding three more in the FA Cup. As a result, it was a wise decision by Blackburn to award the player with a new deal. 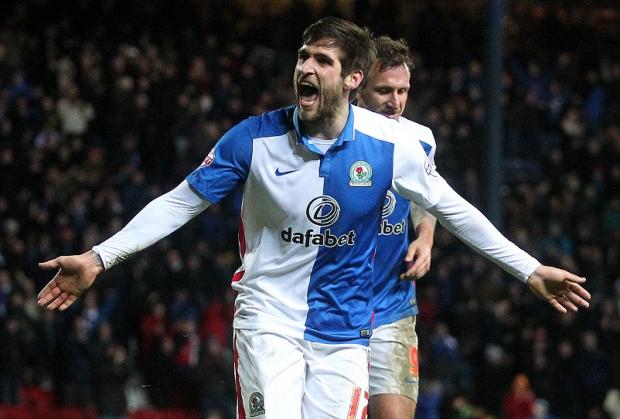 Graham is currently the most experienced attacker at Ewood Park. Joe Nuttall and Dominic Samuel are decent players but the duo, especially Nuttall is still developing and has a lot to learn. And Graham is definitely someone who can help Nuttall become better.

The former Sunderland man has become a popular and important figure in Blackburn’s dressing room, and the club will need leaders if they wish to fare well in the Championship next term.

His partnership with Dack was remarkable last season. The two seemed to have built an almost telepathic understanding on the pitch. If they can keep their momentum going, good times are to be expected at Ewood Park.

And last but not least, Graham is someone who knows what it’s like to play in the Championship. He has played in the division with Derby County, Leeds United, Wolves, Watford and Middlesbrough.

He was in great form for Watford in the 2010/11 season as he finished the campaign with 24 goals. He has also played in the Premier League with Swansea City, Sunderland and Hull City.

Blackburn made the right call in extending Graham’s contract. He has the quality and experience to help the team survive in the Championship, and maybe even achieve something bigger.