Should Arsenal Really Make a move to bring Besiktas star Oguzhan Ozyakup back to the club?

Arsenal are reportedly interested in a sensational summer move to bring Oguzhan Ozyakup back to the club. The midfielder’s current contract with Besiktas will run out by the end of the season and the Gunners are understood to be pushing for a deal.

Ozyakup has been quite a force to be reckoned with for the Turkish side and he has won two consecutive Turkish Super Lig titles with them as well. However, contract talks have not yielded any results so far, thus providing scope for Arsenal to capitalise.

Ozyakup enjoyed a decent time with the Gunners as a teenager and even won the Youth FA Cup in 2009. However, he could never break into the first-team even though he made a couple of sporadic appearances now and then. Now, six years after leaving the Emirates Stadium, Ozyakup might finally realise his long-forgotten dream of playing regularly for the Arsenal first-team.

At present, he is regarded as one of the best players in the Turkish top-flight and for right reasons. Despite being only 25, Ozyakup has been a brilliant captain and a player for Besiktas. 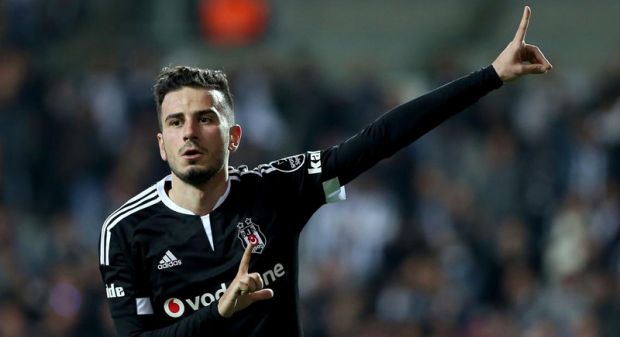 One might argue that signing him would a step backwards but the fact is that he is a top-quality player now and if Arsene Wenger can sign him for free, then why not? Arsenal have always been known to not be big spenders but they did drop quite a lot of cash to bring in Alexandre Lacazette and Pierre-Emerick Aubameyang in successive transfer windows.

Hence, the French manager might be looking to tighten the purse strings to an extent, thus making a move for Ozyakup sound worth it. That said, do the Gunners really need him in the club?

Like any other free offer, it might seem tough to pass up on a free player who can add so much quality to the team. Ozyakup is certainly not the nervy teenager who left Arsenal anymore – he is now a dynamic midfielder with the right amount of experience and talent. Acquiring his services will certainly boost Arsenal’s power in the middle of the park.

Although Granit Xhaka has done decently this season, he has not lived up to his billing and has often struggled while falling back to protect the defence. Meanwhile, Mohamed Elneny has blown hot and cold so far. Both Jack Wilshere and Aaron Ramsey have done well but they are prone to injuries. Regardless of how the team fares this season, they will need added depth next term and Ozyakup could be just what they need.