Arsenal Opinion: It’s time for the Gunners to let go of Sead Kolasinac

After making a promising start to life under Unai Emery, Arsenal’s form in the past couple of months hasn’t been anywhere close to the standards. Injuries haven’t made it easy, but the performance seems to have dropped and the defence is getting exposed game in game out.

As a de facto, the latter has been a perennial issue in the team, partly why Arsene Wenger’s last few years in charge weren’t as pretty as the first few. Emery was hired to bring stability to the team’s structure and consistency to their game on a long-term basis.

While that was on display in the first half of this season, things have gone downhill since. The situation is such that it may require a herculean effort from now until the end of the season for the club to be a part of the Champions League next season.

As mentioned above, the defensive part of the game hasn’t been good. One of the players from a group of undermining defenders is Sead Kolasinac, whose performance level has dropped in the past six to eight months.

The Bosnian international was signed in the summer of 2017 on a free transfer from German club Schalke. The season before arriving at Arsenal, he was named in the Bundesliga team of the year as the best left-back in the German top-flight division.

However, it hasn’t really clicked for the 25-year-old at the Emirates. He has done well in bits but the overriding impression isn’t up to the scratch. It has been pretty clear, especially this season, that he is much more comfortable while going forward and playing as a wing-back rather than as a full-back. Yet, he flatters to deceive because of his poor final ball quality. 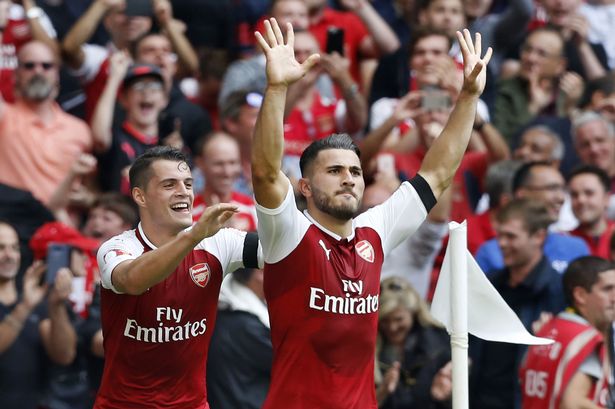 All in all, a player who was supposed to be Arsenal’s left-back for the coming years is neither doing his defensive job nor providing quality in the attack.

Hence, the only thing the club and the manager can do is offload this £119,500-a-week liability. Sead Kolasinac is not helping the team in any shape or form. From the 25-year-old’s viewpoint, he must leave Arsenal because he has the qualities. The problem is that the confidence isn’t really there when he steps onto the field to represent Arsenal Football Club.