Arsenal are reportedly considering a sensational summer move to sign Toby Alderweireld from their deadly rivals Tottenham Hotspur. The player is understood to have rejected a new deal from Spurs, thus leading to speculation that Arsenal might be looking to bring him to the Emirates Stadium.

Whether or not these two clubs engage in business for a player who is highly crucial for Spurs remains to be seen but if they do, the Gunners can most certainly benefit from it. Arsene Wenger needs to strengthen his forces at the back once the summer window commences and who better than Alderweireld to add some much-needed depth?

Ever since he joined Tottenham, the £75,000-a-week Alderweireld has been rock-solid for the club at the back. Having established a strong partnership with Jan Vertonghen, the duo has been through several highs and lows for the club. He not only boasts of experience now but also the skill and talent, all of which he can combine together to put in some remarkably effortless performances. And a player of his calibre will undoubtedly be valued at Arsenal.

The Gunners have had a rather mixed campaign throughout the season so far and as time progresses, their chances of a top-four finish continue to slip away. Currently gracing the 6th spot, Arsenal are not in the best of places right now and the pressure keeps increasing on Wenger, especially after failing to secure a Champions League spot last season as well. Although they have some solid centre-backs in their team, the club could use Alderweireld as well. 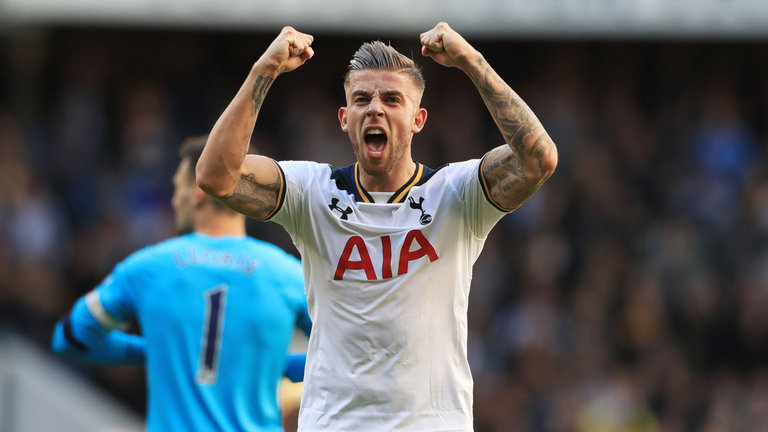 At present, both Per Mertesacker and Laurent Koscielny are over 30 years of age. Besides them, they have Shkodran Mustafi, who continues to impress, and the likes of Calum Chambers and Rob Holding – both of whom are quite young and inexperienced. Hence, in such a situation, it becomes imperative to land a new central defender. They were linked with signing Jonny Evans from West Bromwich Albion as well but the deal did not go through.

At face value, signing Alderweireld can work wonders for Arsenal. He can bring in some much-needed solidity at the back while also boosting squad depth. However, prying him away from arch-rivals Tottenham will prove to be quite a task and it remains to be seen if they succeed in doing that.

It is highly unlikely for Mauricio Pochettino to let a player as important as Alderweireld to leave the club – let alone join a rival. That said, given a chance, Arsenal must do all they can to acquire the 28-year-old’s signature by the end of the season.