Arsenal over Manchester United could be ideal for Ismaila Sarr

Arsenal have been a very busy club since the arrival of Unai Emery last month. The Gunners have begun their pre-season tour and have been progressing well under the former PSG manager.

He has brought in a number of high-profile signings as the Gunners begin to take a new shape. He will be faced with the immediate task of taking Arsenal back into the top-four.

It looks like the manager is not yet done with the business in the market, with the club linked with Senegal’s wonder-kid Ismaila Sarr over the last few days. Arsenal are reportedly interested in prizing away the Rennes star, who earned widespread praise for his all-round displays at the World Cup.

The winger was impressive throughout the campaign, with his best performances coming against Poland.

Manchester United are also reportedly interested in the 20-year-old winger, with Jose Mourinho showing keen interest in the youngster. Rennes have slapped a £50million price tag on the player, which will complicate things a little bit. But both clubs are financially capable of landing the player.

But it seems as though the Emirates would be a better option for the Rennes winger. The Gunners seem more suited to his style of football.

And with Unai Emery building a new empire, Sarr could well be a part of it. The youngster is also attracting heavy interest from a number of clubs and is one of the brightest young African prospects.

Sarr made the move to Rennes in 2017 after spending just one year with Metz FC. He made a total of 24 appearances in the Ligue 1 last season, scoring 5 goals and providing 3 assists.

He is generally deployed as a left-winger but is also capable of playing on the right flank. The former Metz man is also comfortable playing as a striker.

The 20-year-old has tremendous pace on the ball and ghosts past defenders with his dribbling ability. Once he’s up and running, the winger is capable of leaving any defender in the dust. He’s a pure runner on the ball and loves to take on defenders. 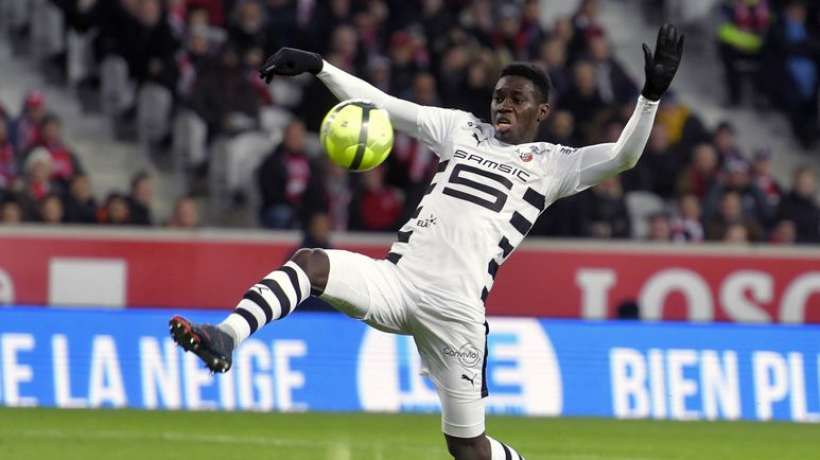 Read more: Why Emery should be smart enough and beat Man United to sign this Brazilian wall for Arsenal

The youngster would thrive alongside speed demons like Aubameyang and Lacazette in the squad. The trio could wreak havoc across the Premier League.

Unai Emery should certainly make the move for the player and snap him up before Manchester United do. He’s shown all the qualities to flourish in an Arsenal side and could be one for the future.