According to the Mirror, Arsenal are in a four-way battle with Lyon, Sevilla and Real Betis for Lille winger Nicolas Pepe. The 23-year-old earned rave reviews from many watchful eyes last season when he revelled in the French league.

The Ivory Coast player scored 13 goals in 36 appearances, which is a good return for a winger. He started this season in style too, by scoring and providing an assist in their first game of the season, against Rennes.

The Mirror states that the 23-year-old signed a new five-year deal with Lille in June 2017, and the French club already turned down an offer of around €35m last season. Southampton made a £12.5m bid in the summer, only for the club to turn down the offer.

The quality of the player is high and he has the potential to become someone special very soon. For that reason, Arsenal should pursue him, be it in the winter or next summer.

Pepe is a tall player, who is very good on the ball. He has the propensity to dribble past people in a flash and averaged 2 dribbles per game last season. He possesses an acute eye for picking out accurate through balls to give the strikers a chance of scoring a goal.

The 23-year-old had a key pass rate of 1.1 per game in 36 appearances, meaning he created 40 chances last season.

Pepe’s raw pace and direct running with the ball is something terrifying for the defenders, especially on the counter-attack. Having scored 13 goals in 36 games last season, he is no slouch in front of goal when given an opportunity.

Arsenal have only one natural winger in their squad right now – Alex Iwobi. Apart from him, the front line consists of strikers and attacking playmakers. So it won’t be a bad idea from Emery’s point of view to add someone like Pepe, who can be unpredictable in possession. 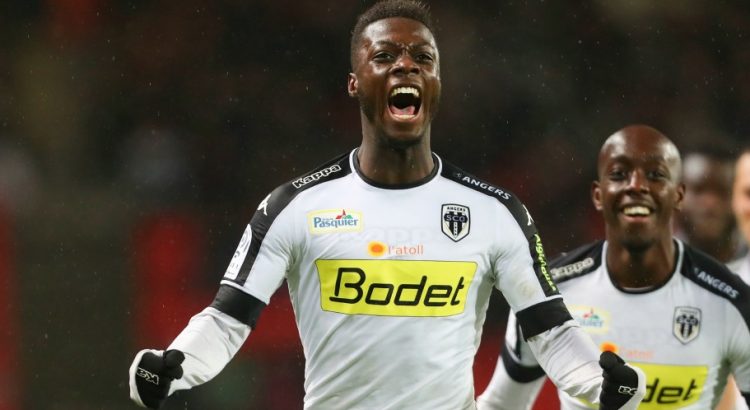 Read More: Well done Emery – Arsenal have taken a step in the right direction by loaning out 18-year-old future star

This unpredictability can be used in a positive way in tight games where the opposition sits deep. Of course, the Ivorian has other qualities as well which makes him a frightening prospect for the defenders to face.