Why Arsenal Should Avoid Signing Bernd Leno As Cech’s Successor

Arsenal are apparently keen on signing a goalkeeper this summer, as they prepare for life without Petr Cech. The Czech Republic keeper has appeared quite shaky at times this season, especially against big teams and at 35, he is finally starting to show his age.

Cech’s current contract expires at the end of next season and given how he’s performing right now, Gunners seem to be in dire need of signing a long-term replacement for the former Chelsea keeper. And according to recent reports, Arsenal’s head of recruitment, Sven Mislintat has identified Bernd Leno as an ideal successor for Petr Cech. The Gunners are reportedly eyeing a £25m summer move for the German star.

The Bayer Leverkusen number one, who is regarded as one of the best keepers in German football, has raised quite a lot of eyebrows with his fantastic performances in the Bundesliga, which has helped Leverkusen to constantly fight for the Champions League places throughout the course of the season.

However, does he have the mettle to emerge as a proper long-term replacement for the mercurial Petr Cech?

Since joining the club from Stuttgart, Bernd Leno has been an ever-present figure for Leverkusen in goal. Currently, in his seventh season with Die Werkself, Leno has impressively notched up almost 300 competitive appearances for Leverkusen, during which he has kept 98 clean sheets. 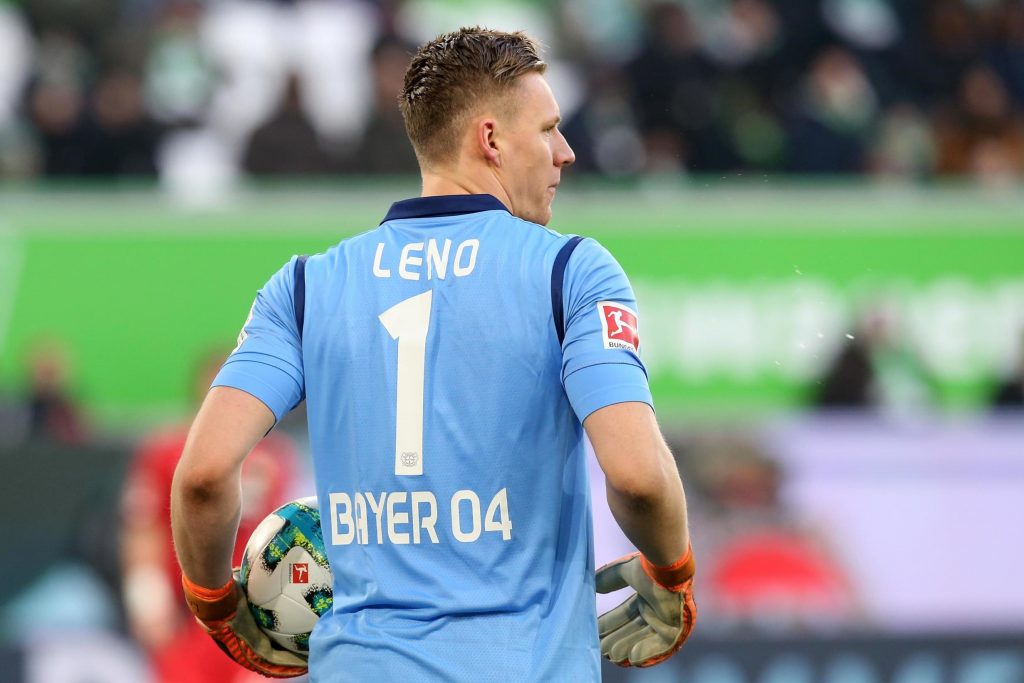 Therefore, it’s clearly evident that the former Stuttgart man has quite a lot of experience of playing in the top-flight, despite being only 26-years-old. That being said, however, there are have been certain question marks over Leno’s performances throughout his goalkeeping career, especially in the past few seasons.

The 26-year-old is extremely prone to making mistakes, which could be a serious issue for any top-flight goalkeeper, especially in the Premier League. In addition, the German international also lacks the strength and confidence at times, which often holds him back from performing well against big teams. Although his performances have been quite good this campaign, Bernd Leno will always remain one of the most inconsistent top German goalkeepers in the Bundesliga.

That’s, however, not to say that he’s a bad goalkeeper by any means. The Leverkusen keeper is gifted with amazing shot-stopping abilities and when in form, he has the capability to stop almost anything coming at his goal.

But considering his inability to be consistent, Arsenal might be better off shifting their attention to other possible candidates in the market.