As per reports, Greg Docherty’s Rangers future is in doubt after being told he’s not in Steven Gerrard’s plans for the season.

Docherty, 21, could move out on loan in the next few weeks, with League One being a likely destination. Sunderland are reportedly interested in signing the midfielder on a season-long loan, as manager Jack Ross looks to lead the Black Cats to the Championship.

It will come as a blow for Docherty, a lifelong Rangers fan, who joined the club back in January after impressing at Hamilton. He made 14 appearances for the Gers during the second half of the season but now under Gerrard, the 21-year-old has fallen down the pecking order following the summer arrivals of Lassana Coulibaly, Ovie Ejaria and Scott Arfield. 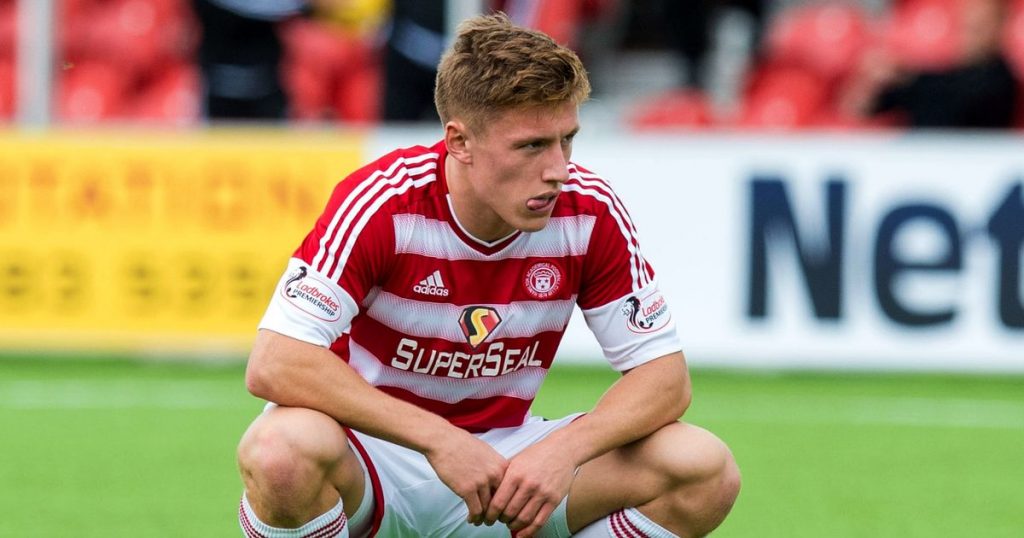 Docherty was left on the bench for Gerrard’s first two games, as the Gers earned a 2-0 aggregate win over Macedonian outfit FK Shkupi in the Europa League second qualifying round. The former Liverpool skipper has added nine players to his squad this summer as he prepares to challenge Celtic for the title in the upcoming season.

With competition for places in the Rangers midfield being fierce, it would make sense for Docherty to find another club where he can play regularly and develop at his own pace.

The Scottish youngster has been unable to establish himself since the arrival of Gerrard this summer and a short-term move away from Ibrox would be the best thing for his development at the moment.

A boyhood Rangers fan, Docherty would have thoughts of breaking into Gerrard’s starting XI in the 2018/19 campaign but he may find the only solution by leaving the club on a season-long loan and proving the former Liverpool skipper that he is worthy of a starting place at the club. And a mooted move to Sunderland would be perfect for the Scottish youngster to continue his development.

At 21, Docherty should play regularly at a club if he wants to have a bright future. He may be young but has earned good experience playing in Scotland, which could come really handy for Jack Ross’ Sunderland.

The Black Cats will be desperate to earn promotion to the Championship at the first time of asking and Docherty could play a crucial role in helping the club achieve their objective this season.

Read more: Rangers could absolutely prove their intentions with the signing of this Blackpool ace

Playing at a prestigious club like Sunderland would provide Docherty with massive experience before he heads back to Ibrox next summer. So considering all the factors, a season-long loan move to League One is the perfect option for the young midfielder at this stage of his career.